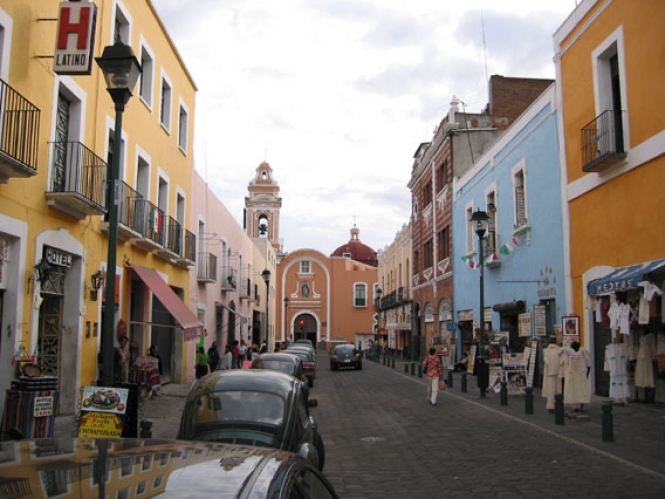 The World Taekwondo Federation (WTF) has signed the Host City Agreement with the Mexican city of Puebla for the 2013 World Taekwondo Championships, the first time the event has been hosted in Mexico and its first time in Latin America since 1982.

The signing ceremony was hosted by the Mayor of Puebla, Maestro Eduardo Rivera Pérez, at the City Hall. The Host City Agreement was signed by representatives of the WTF, the Mexican Taekwondo Federation, the governments of the city and state of Puebla, and Mexico’s National Commission of Physical Culture and Sport.

After the signing, the WTF’s demonstration team staged a spectacular display of taekwondo skills for the gathered stakeholders. The 21st World Taekwondo Championships will take place 15-21 July, 2013 in the state-of-the-art Puebla Exhibition Centre, the largest venue of its kind in South America.

Speaking after the ceremony, WTF President Chungwon Choue said: “We are delighted to be staging our World Championships at this spectacular venue in this beautiful city. It is a proud occasion when we can take our premier competition outside the Olympic Games to one of our 204 Member National Associations for the very first time.

“Taekwondo has experienced a huge boom in uptake globally since the success of London 2012, and we are confident that our partners in Mexico can help us continue that trend. The global taekwondo family looks forward to an outstanding World Championships in 2013.”

Taekwondo is becoming an increasingly popular sport in the region, and particularly in Mexico. Maria del Rosario Espinoza won gold in Beijing in 2008, and she was Mexico’s flag-bearer at the London 2012 Opening Ceremony. Espinoza added another bronze in London, bringing Mexico’s taekwondo medal tally to six.

Mayor Pérez said: “Taekwondo is now a global sport whose tradition has grown. The Mexican Taekwondo Federation was recognised by the WTF in 1973, making it one of the (WTF’s) first member nations. It is with huge pleasure I announce that the city of Puebla will have the honour of organising this great event, of international proportions.

“This is the first time that an individual international sport event will have been held in our city. We are very proud that the WTF has entrusted this to us.”

WTF Secretary General Jean-Marie Ayer added: “Over the past two days, we have met with members of the Local Organising Committee, the city and state of Puebla and the Mexican Taekwondo Federation to discuss their preparations for the 2013 World Taekwondo Championships.

“The stakeholders have done so much already that their Local Organising Committee is shaping up quite nicely. The venue of the competitions is a very, very impressive facility. We’re expecting big crowds, and the Puebla Exhibition Centre will have no problem accommodating them.

“I believe at this rate the Local Organising Committee could create a taekwondo competition every bit as extraordinary as the London 2012 Olympic taekwondo at the ExCeL Centre.”