(April 24, 2017) – The WTF has announced the candidates for the WTF President and the WTF Council in advance of its General Assembly election, which will take place in Muju, Korea on June 23, 2017.

WTF elections take place every four years. The 2017 election for the WTF President, WTF Council Members and WTF Auditors will take place at the WTF’s General Assembly in Muju, Korea. The election will select the organization’s president, 12 council members and two auditors.

There is one applicant for the post of WTF President:  Incumbent leader, Dr. Chungwon  Choue of Korea.

There are 28 applications for the 12 places on the WTF Council (please click here to see the list). These break down as follows: Three applications from Africa; nine from Asia; eight from Europe; two from Oceania; and six from Pan America. There are three positions available on the WTF Council for members from Asia, Europe, Pan America; two from Africa; and one from Oceania. Wins are based on simple majority voting.

There are two applicants for the two WTF Auditor positions. Both are incumbents.

After the candidate application deadline of March 25, Korea time, the WTF’s Ad Hoc Elections Committee reviewed all applications submitted to confirm that they satisfied the requirements listed in the application. The resultant list, together with additional information about such matters as the election procedures, was distributed to members on April 24.

Even for those positions for which there is only one candidate, electors will be asked to give the candidates their vote of approval.

The day after the elections, June  24 , the world championships will kick off in Taekwondwon, a purpose-built facility in the Muju valley, for a seven-day run.

A final election will take place amid the championships, on June 28, for the co-chairs of the WTF Athlete Committee. The current 12 members will vote two members (one female, one male) to head their committee. The two committee heads voted in will become ex-officio WTF Council Members automatically. 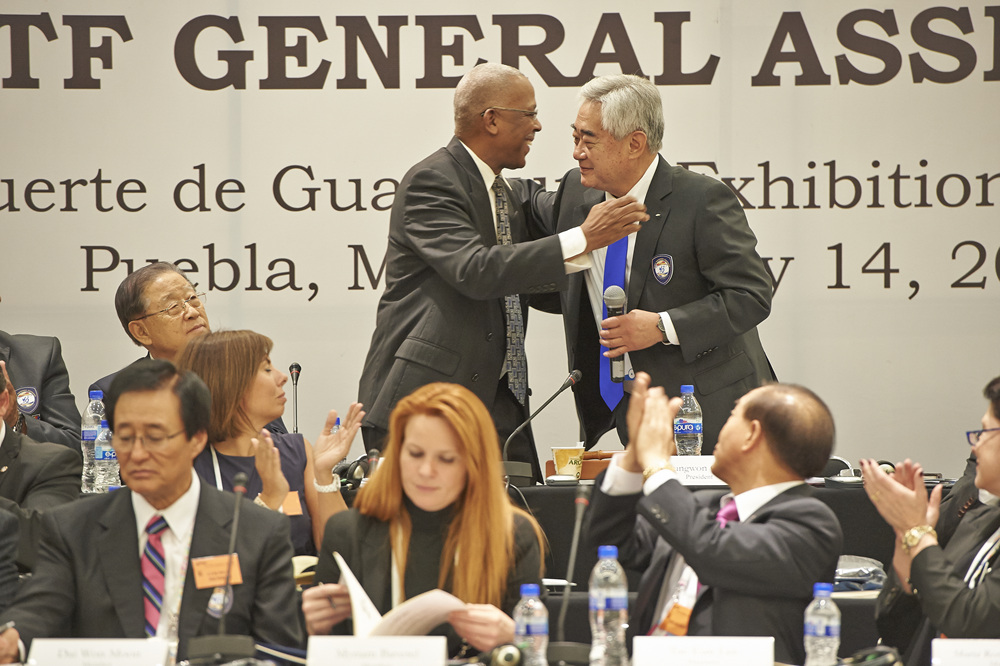