Executive Members of the World Taekwondo Federation gathered today for the first WTF Executive Meeting of this year to discuss about the Management and Planning of the WTF with focus on the Development Program Guidelines and the advancement of the Taekwondo Humanitarian Foundation.

While the Development Program Guidelines and the Taekwondo Humanitarian Foundation (THF) Report Action were two of the main focus of the gathering, there was also discussion about the 2016 Business Plan and also they reviewed a report of the last week WTF Technical Committee Working Group Workshop.

The Executive Members additionally conferred about two upcoming competitions in the calendar: the WTF President’s Cup, held in Bonn, Germany on April 7-10; and the first edition of the World Beach Taekwondo Championships, programmed on Bali, Indonesia on June 4-5.

The reunion was carried out in the Headquarters of the WTF in Seoul in January 27, with the lead of the President Chungwon Choue and the presence of the Secretary General Hoss Rafaty, the Treasurer John Walker and the Director Generals Roger Piarulli and Jin Bang Yang.

The second project plan of the THF will be deployed this Friday to the Nepal with the mission to help the refugees affected by the recent earthquake in the country. The delegation will stay there until February 4 and analyze what is the best way to contribute through the Taekwondo values. 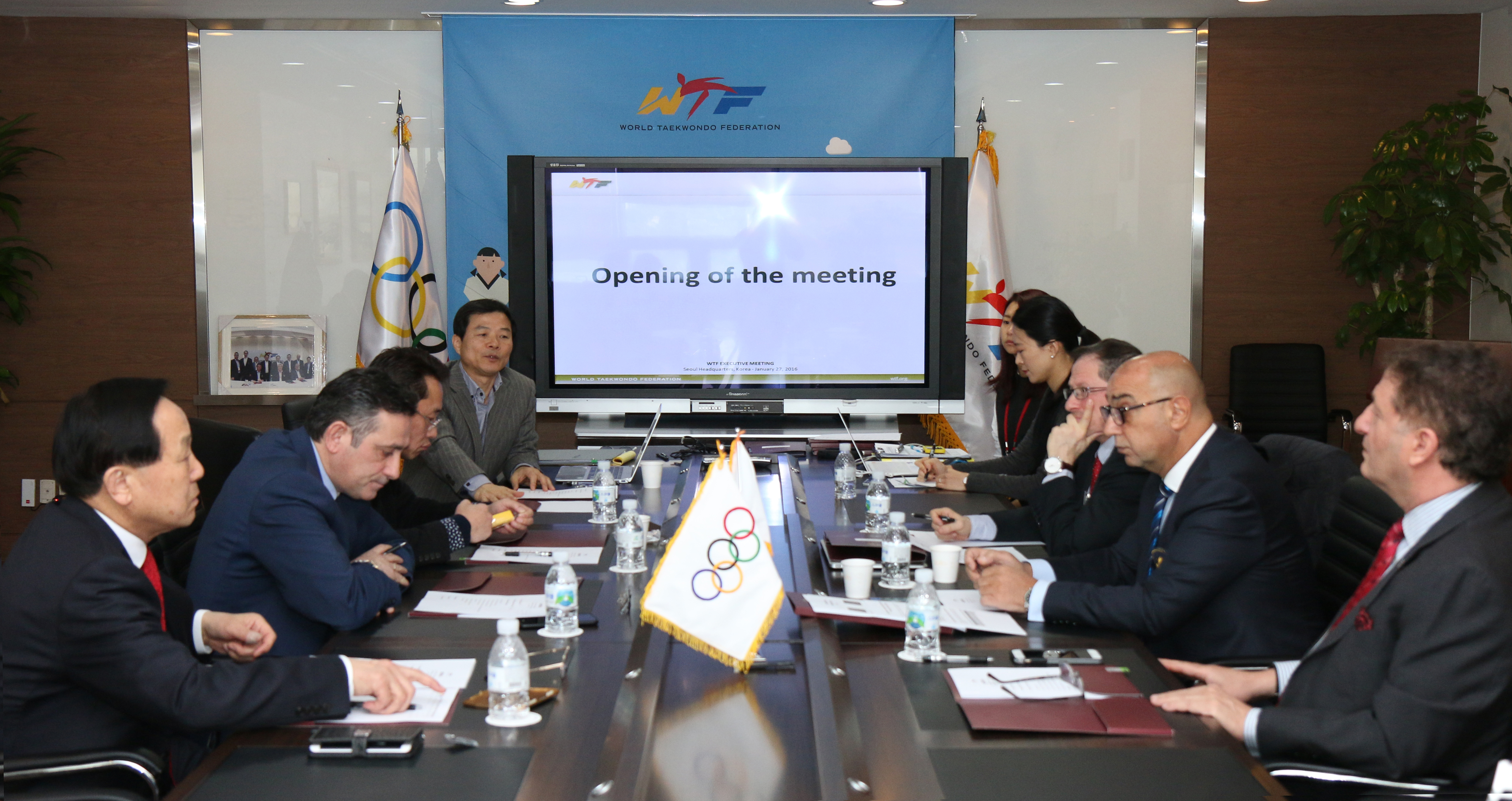