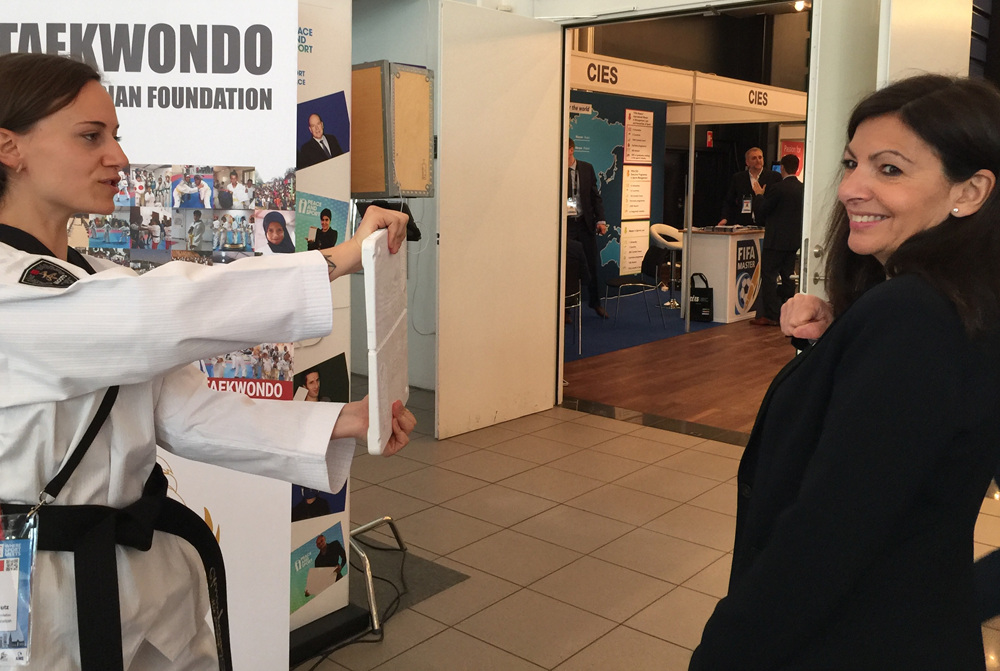 AARHUS, Denmark (April 6, 2017) – The World Taekwondo Federation (WTF) and Taekwondo Humanitarian Foundation (THF) on the International Day of Sport for Peace and Development (IDSDP) invited delegates at the SportAccord Convention 2017 to practice their taekwondo skills and show that people of all ages and genders can enjoy the benefits of taekwondo.

Delegates were invited to kick or break a board in a fun exercise which was open to all. Delegates of different ages, nationalities and genders took part in the activity.

The demonstration at the SportAccord Convention followed the WTF’s activities at the United Nations headquarters in New York on March 28 where UN staffs were invited to try out taekwondo in celebration of IDSDP. The event was jointly organized by the Permanent Mission of Monaco to the United Nations together with the international organization Peace and Sport and was the latest example of the WTF and Peace and Sport’s ongoing cooperation. The event also included a taekwondo demonstration, a mixed gender tag-team competition and match between two of the WTF’s best athletes – Jade Jones and Skylar Park.

The WTF is committed to fulfilling its social responsibility and maximizing the important role taekwondo can have in improving the lives of disadvantaged people. The THF was established specifically to empower refugees and improve their quality of life through taekwondo. 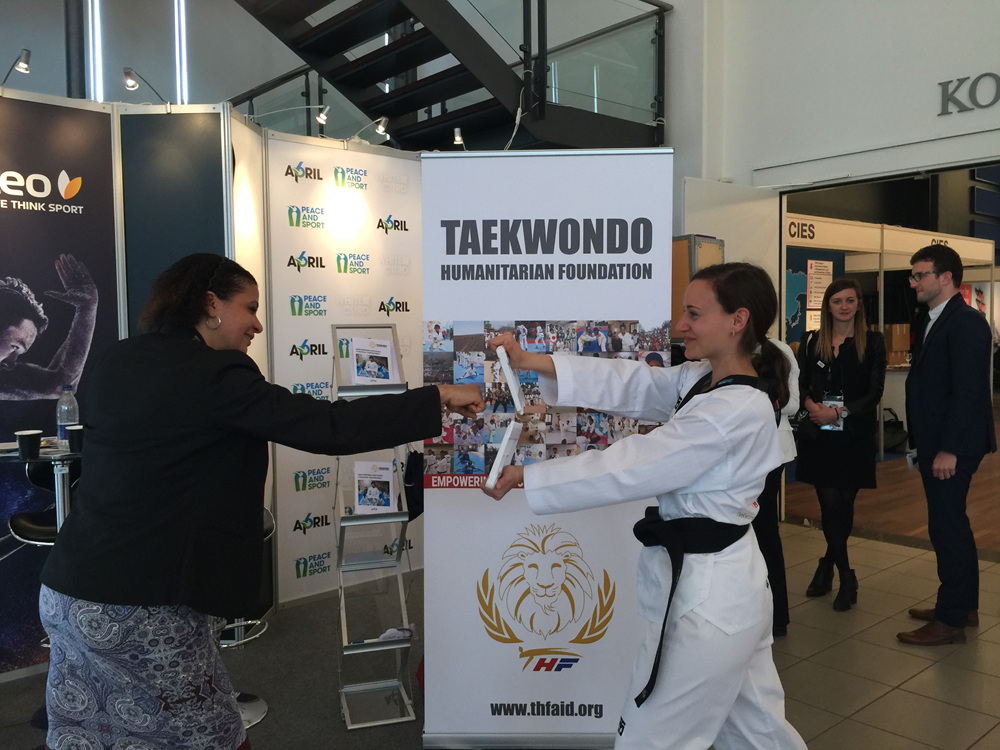 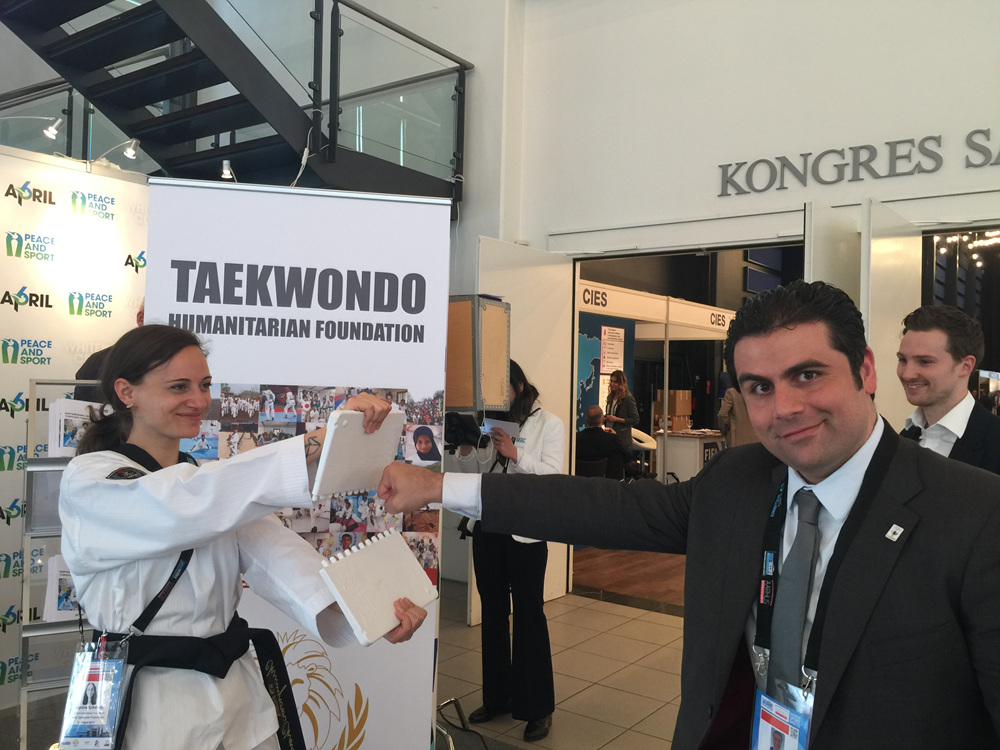