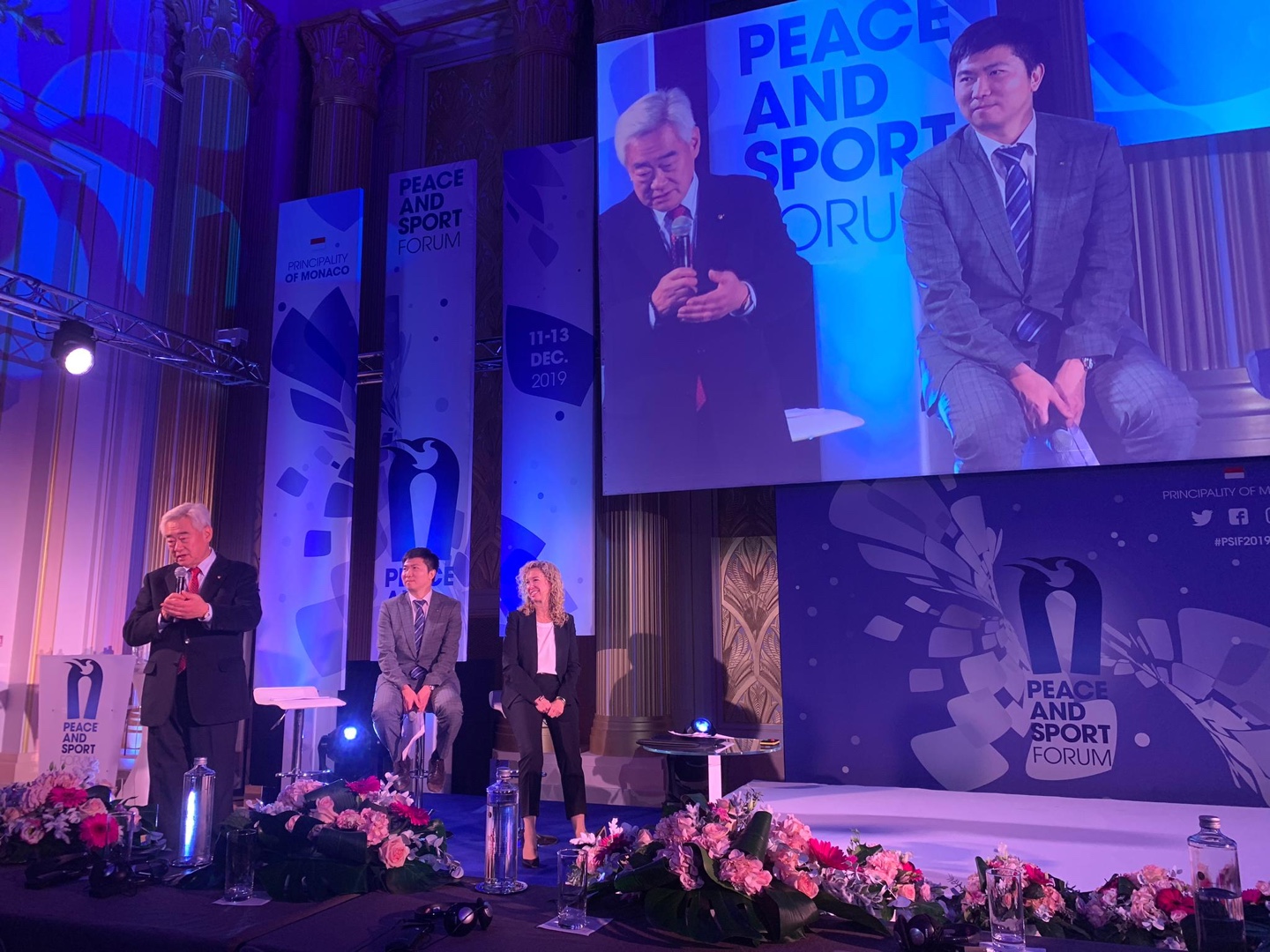 MONTE CARLO, Monaco (12 December 2019) – World Taekwondo President Chungwon Choue, who is also Chairman of the Taekwondo Humanitarian Foundation (THF) and a Board Member of the Olympic Refuge Foundation (ORF) today outlined the important role that safe sport can play in promoting social inclusion for refugees and displaced people around the world, during his keynote speech at the Peace and Sport International Forum.

President Choue took part in a panel discussion during the Forum entitled “Sport for the Global Compact of Refugees” alongside Director of External Relations for the United Nations High Commissioner for Refugees (UNHCR), Dominique Hyde, and IOC Member, Seungmin Ryu.

President Choue spoke of the work of the ORF, which was launched in 2017 under the vision of IOC President Thomas Bach:

“The aspiration of the ORF is for one million forcibly displaced young people to have access to safe sport by 2024. This is an ambitious goal that the Olympic Movement can reach together with those who are already active in this field so that sport can be a tool to improve social inclusion for the most marginalised in our world.

“Together with UNHCR and the IOC, through the endorsement of the pledges, a coalition of more than 80 organizations have emerged.

“I look forward to seeing this coalition grow further as working together in partnership we can multiply the impact of each of our individual efforts.”

In the evening, President Choue joined delegates at the Peace & Sport Gala Awards 2019 to celebrate some of the achievements of the year.

World Taekwondo had previously received the Peace and Sport ‘International Federation of the year’ award in 2016. 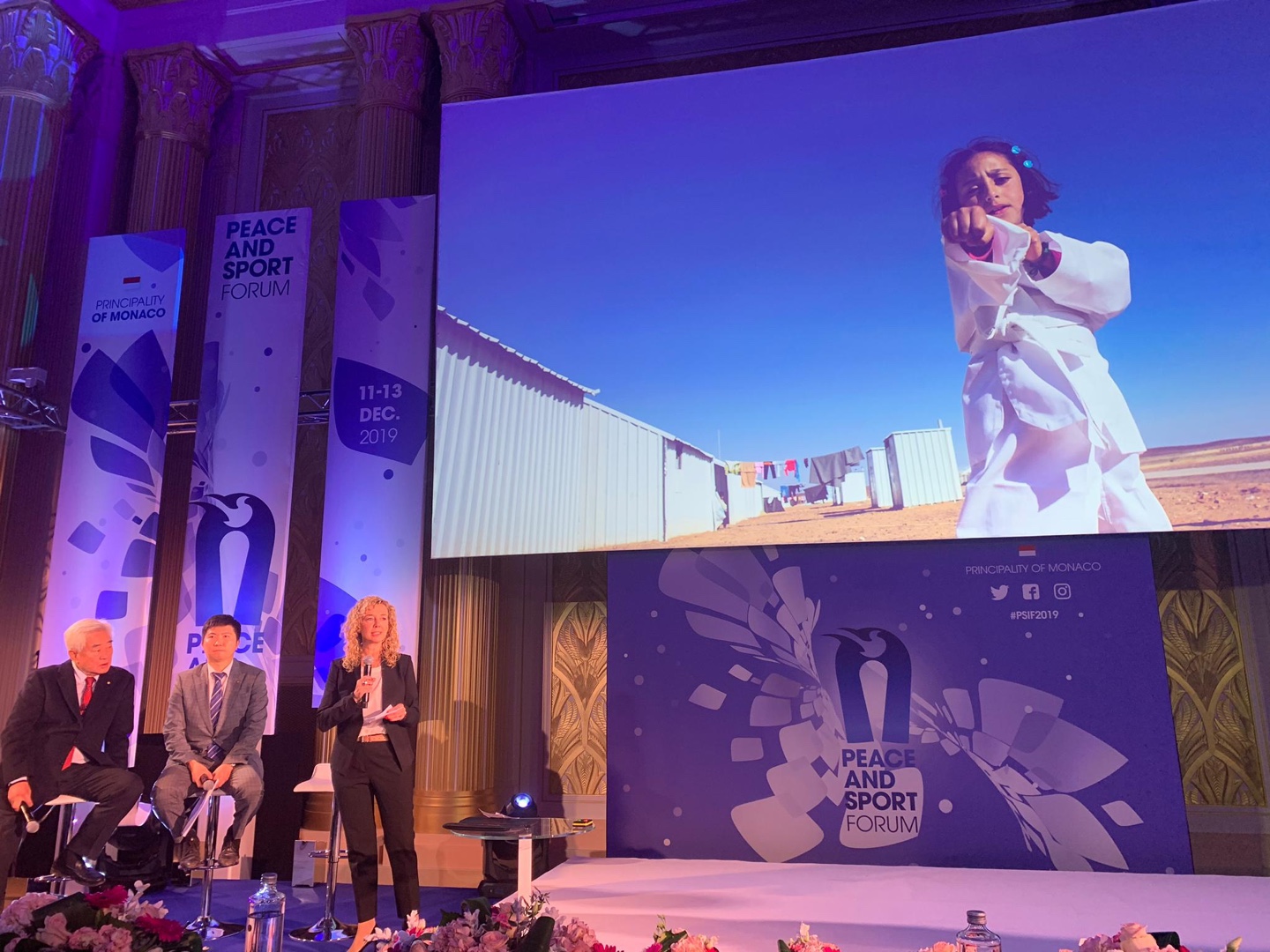 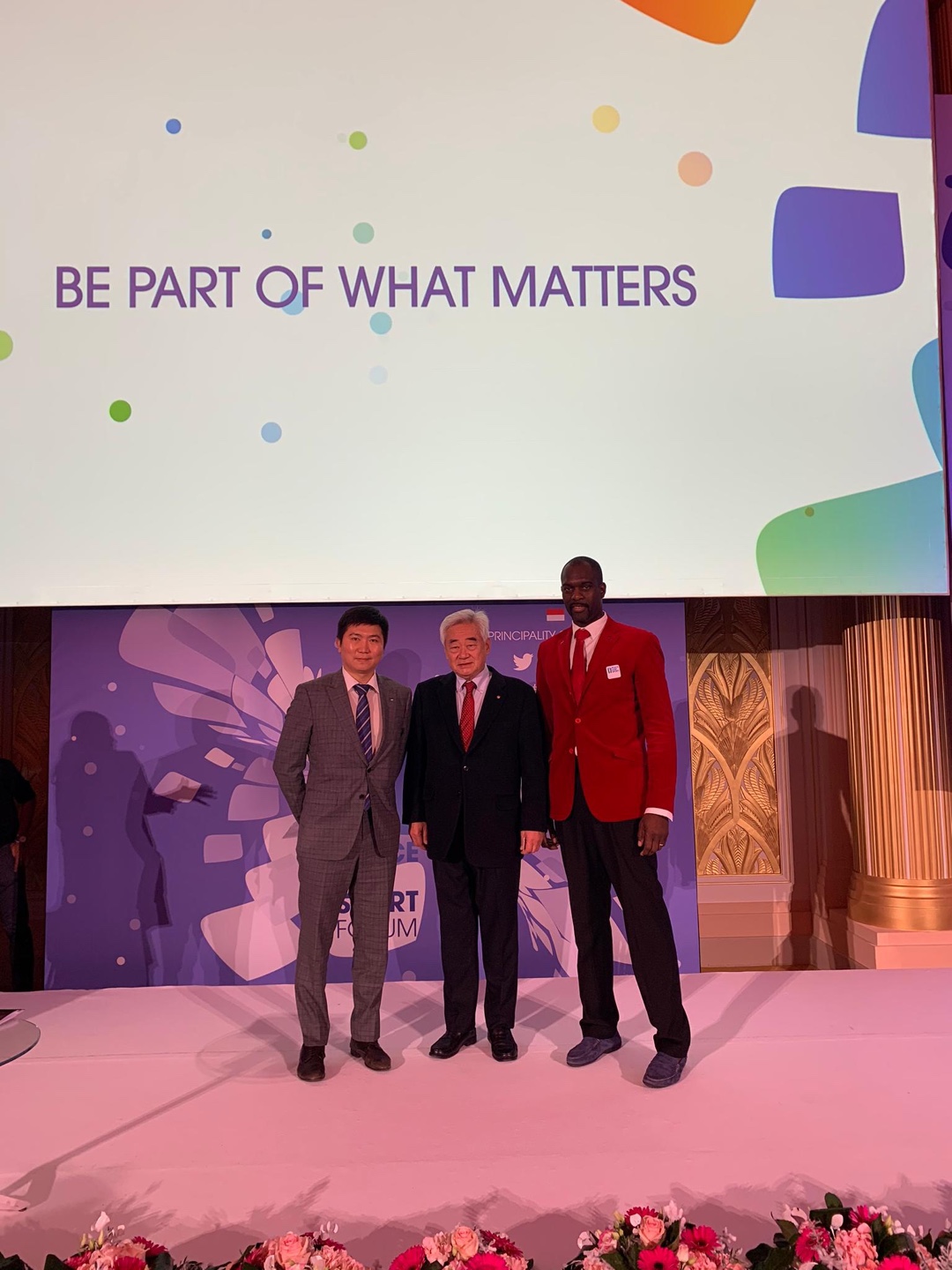