LAUSANNE, Switzerland (November 8, 2017) – World Taekwondo today signed an MoU with the International School Sport Federation (ISF) in order to increase collaboration between the two organisations and ensure the continued growth of youth taekwondo around the world.

The MoU highlights that the two organisations share the same values in respect of solidarity, friendship and youth education and both recognise the role played by sport as a factor in “ensuring the harmonisation of socialisation, integration and development and education.” The ISF’s mission is to educate through sport and World Taekwondo has shown over the course of its history how the taekwondo philosophy extends beyond the field of play and teaches its practitioners universal values.

The MoU follows the ISF’s announcement that taekwondo has been included on the sports programme of the ISF Gymnasiade 2018 in Morocco for the very first time. The Gymnasiade will take place from 2-9 May 2018 in Marrakech, Morocco and will gather young students from all around the world to experience the spirit of international competition, fair play, friendship and cultural diversity.

“We are delighted to have signed this MoU with the ISF. Taekwondo is a more than a sport: it is a philosophy. It teaches people self-discipline, respect and understanding while also keeping them physically active and healthy. This is why we believe it is such an important sport for young people to engage in and why so many countries around the world have taekwondo as part of their school curriculum. The ISF has a huge amount of experience and expertise in developing youth sport and through our partnership with them we look forward to developing youth taekwondo even further and harnessing its power to educate the next generation.” 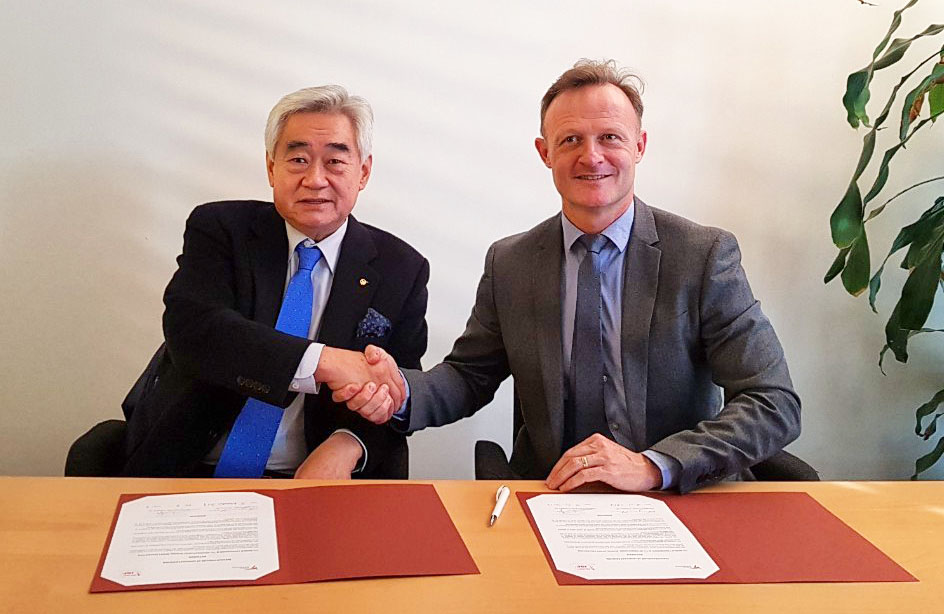