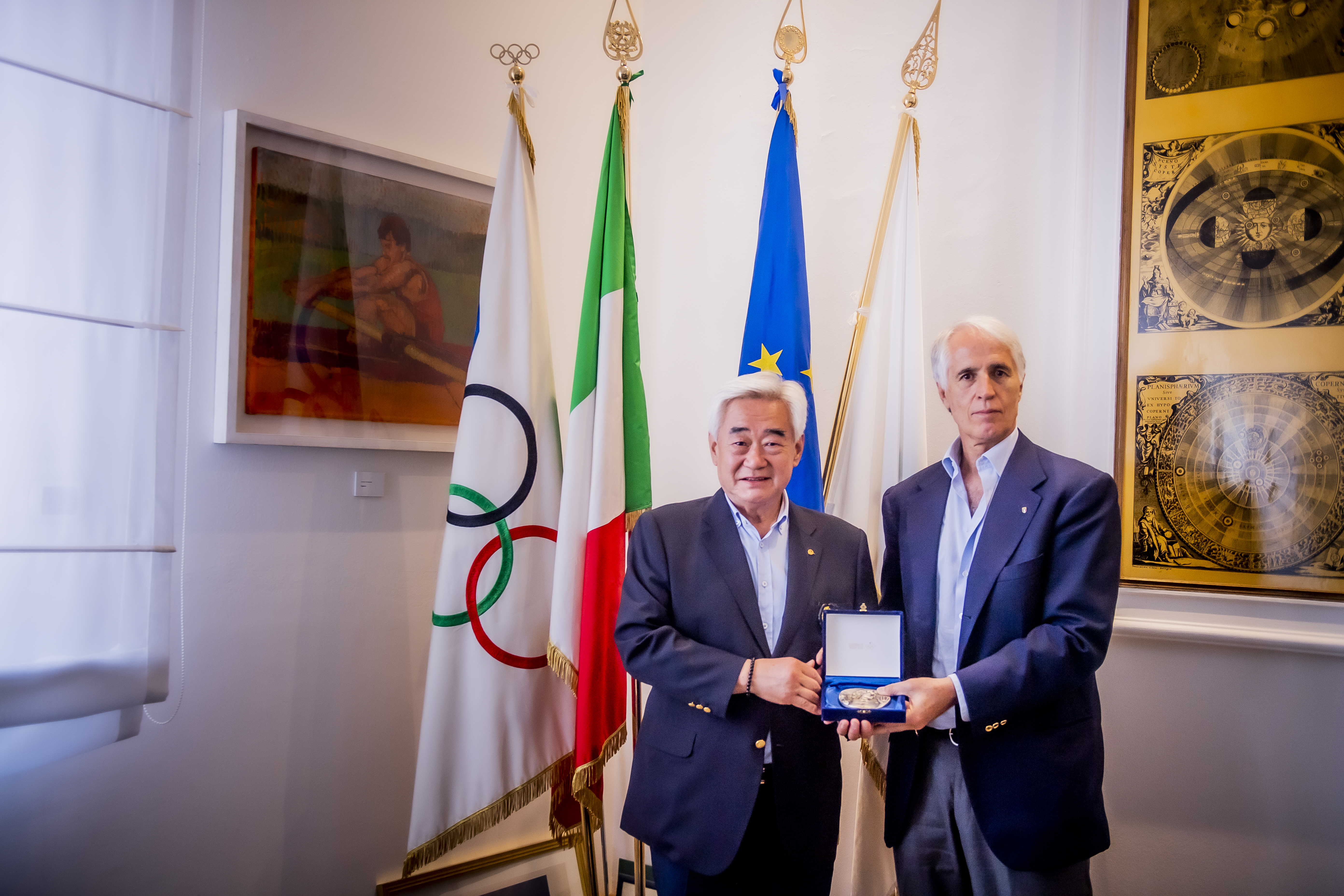 During the meeting the two Presidents discussed the development of taekwondo in Italy which has seen significant growth in recent years. President Malago spoke of the impact hosting the World Taekwondo Grand Prix in Rome last year has had on the sport in Italy ahead of hosting the competition again this weekend.

President Choue was presented with a commemorative Rome 1960 Olympic medal. 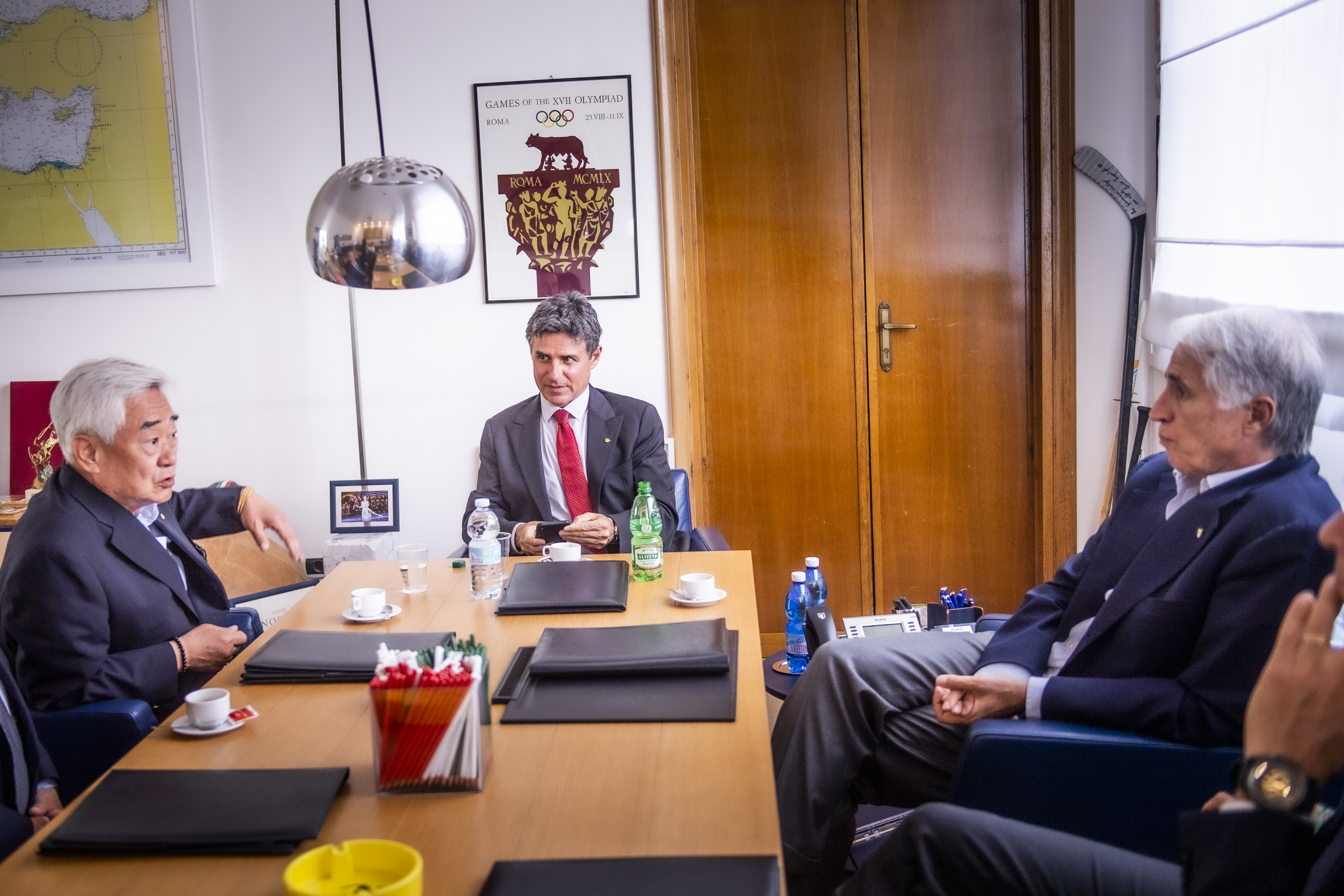