VATICAN CITY (October 5, 2016) – Taekwondo took a historic step today, with the WTF Demonstration Team demonstrating and the WTF president at one of the most iconic locations on earth: The Vatican in Rome.

Under the theme “Sport at the Service of Humanity” the 1st Global Conference on Faith & Sport kicked off on Oct. 5 for a three-day event. It is a gathering of global leaders and influencers from the world of faith, sport, business and other relevant organizations –to discuss, in partnership, the interconnectedness of Faith and Sport and to explore the scope and limits of the combination.

The event was attended by three of the heaviest hitters on the global scene: UN Secretary General Ban Ki-moon, IOC President Thomas Bach, and of course the host of the event – Pope Francis himself.

At the opening ceremony of the event, the WTF Demonstration Team performed their trademark high-flying routine at the Paul VI Audience Hall of the Vatican, which was viewed by the Pope, Ban and Bach.

Prior to the taekwondo demonstration, following to a question about the activities of the THF, Kang Hyeon Wook, a member of the WTF Demonstration Team’s answer aroused sympathy from the audiences in the Paul VI Audience Hall.

“The THF send taekwondo instructors to the places worldwide such as Jordan where refugees are located and Nepal after the earthquake. Through taekwondo people do not get only physical benefits, but they also learn good manners, self-control and perseverance. All those values are the core of sport and life. However, the most valuable aspect of taekwondo is giving the smile to the people, especially on the children’s face,” said Kang. 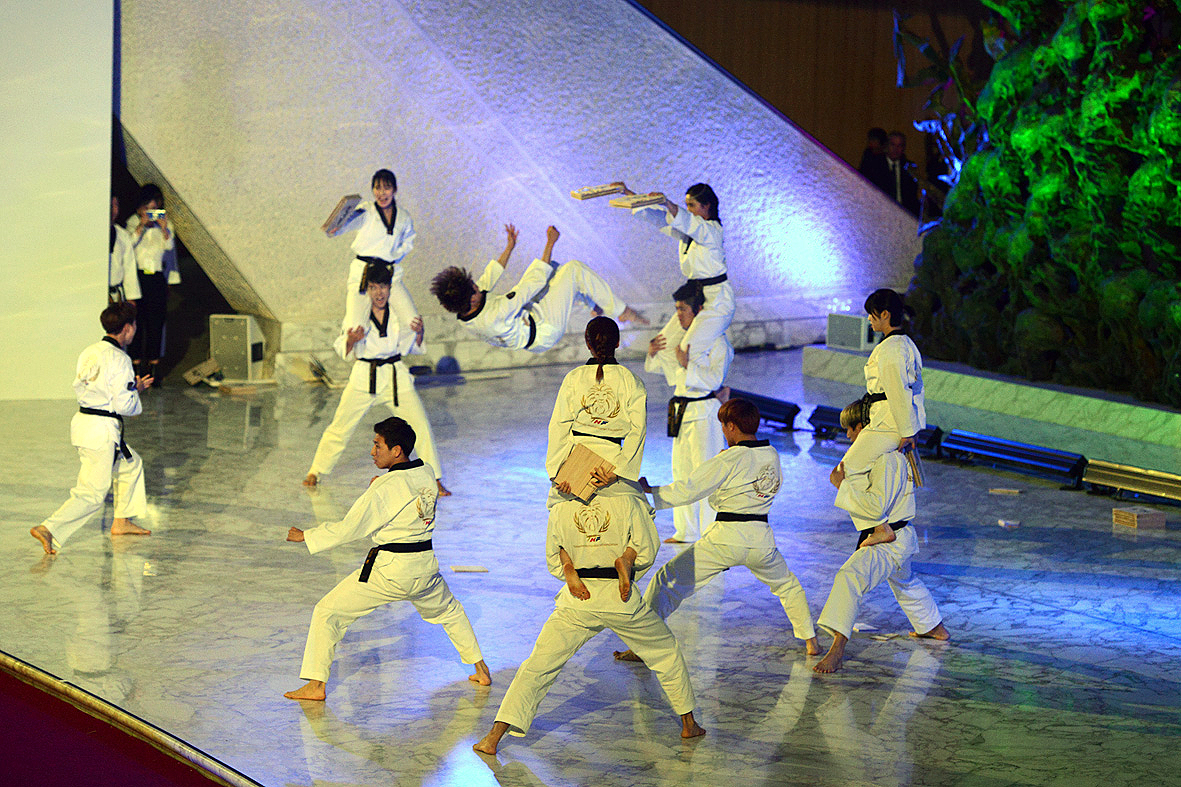 The conference will be held at the Synod Hall on Oct. 6 and 7.

WTF President Chungwon Choue will once again suggest creating a ‘‘Sport Peace Corps’’ to fellow sport leaders that they need to look beyond stadia and take sport to those who need it most and joining hands with the Taekwondo Humanitarian Foundation at the Working Session of the conference on Oct. 6.

The envisioned Sport Peace Corps would take a broad spectrum of Olympic sports to developing nations and refugee camps. The concept behind the vision is a blend of the existing Taekwondo Peace Corps and the Taekwondo Humanitarian Foundation.

The Taekwondo Peace Corps was established in 2008 and has since dispatched around 1,300 instructors to developing nations worldwide. The Taekwondo Humanitarian Foundation was founded in 2016 and runs programs in Syrian refugee camps in Jordan and Turkey; it has also assisted displaced persons in Nepal.

The WTF Demonstration Team will carry out a further range of performances across Italy until Oct. 11, including one at the earthquake zone of Amatrice. 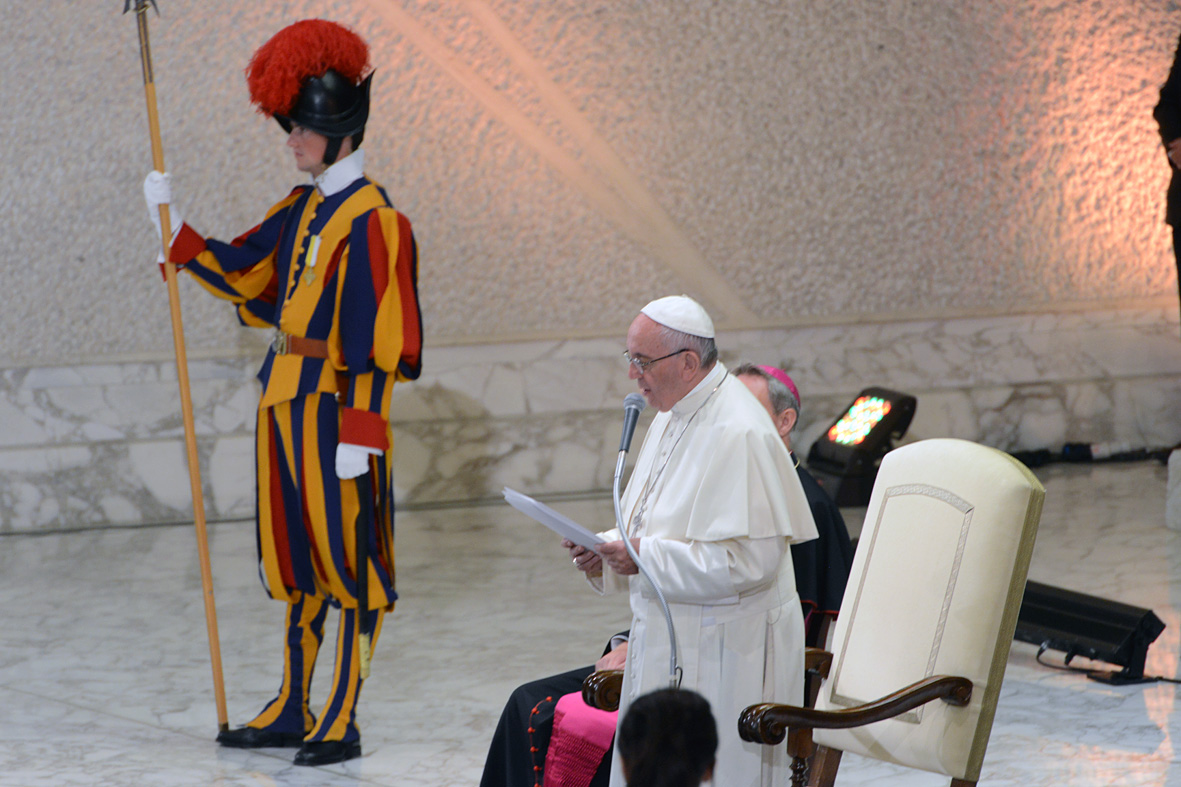 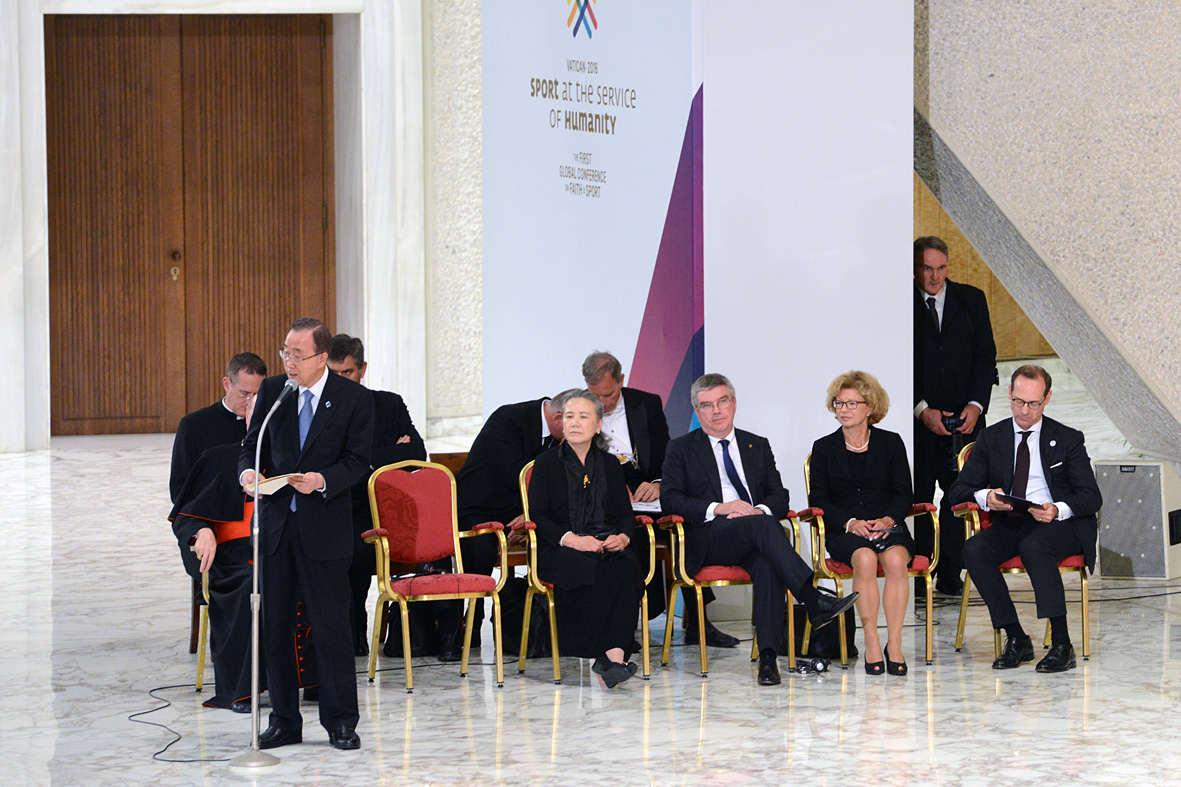