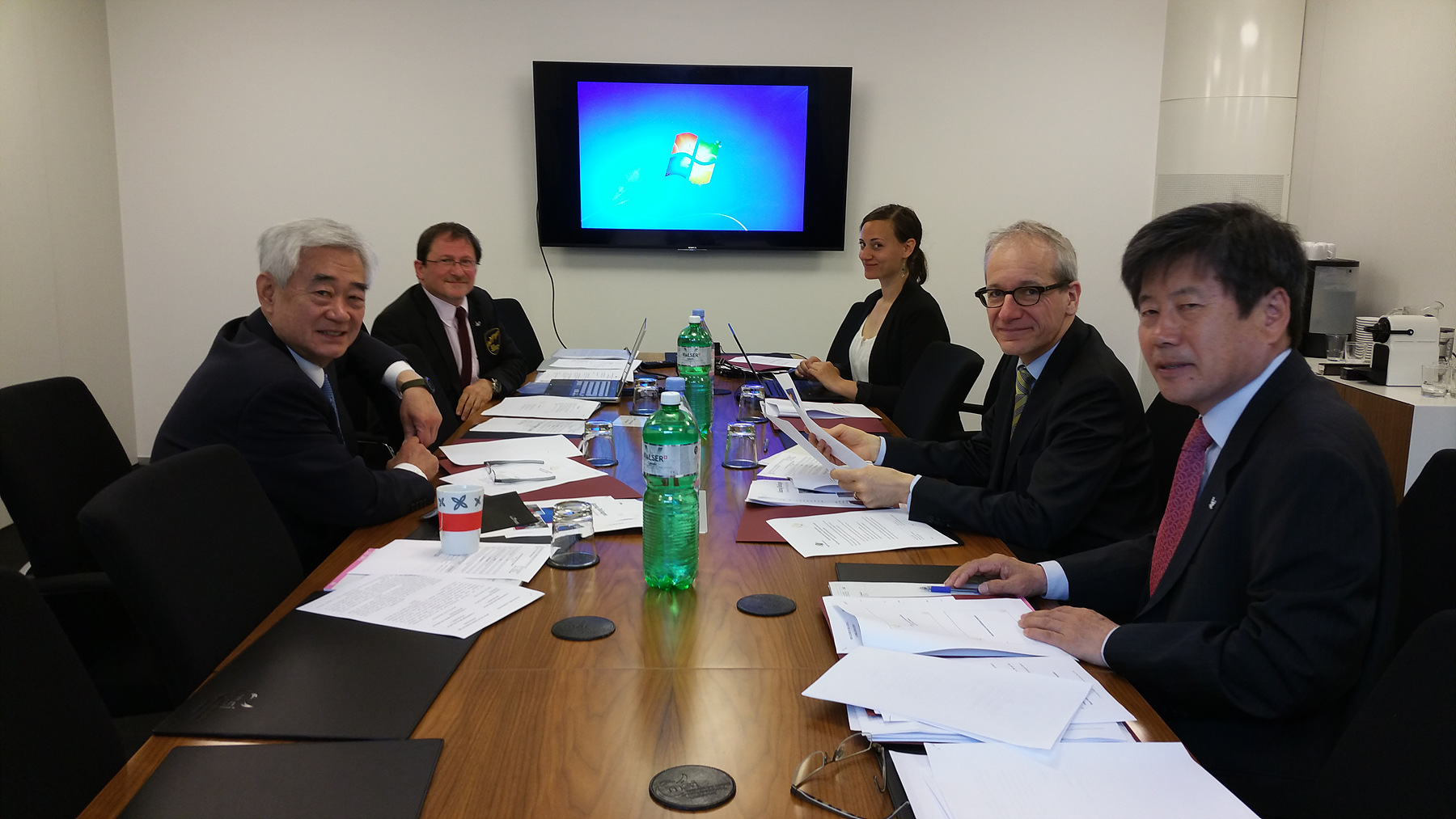 At the end of the board meeting, the THF board members signed two cooperation agreements: one with the World Taekwondo Federation and the other with the GCS International.

The THF was the brainchild of WTF executives in 2015, and was announced to the world in a speech at the UN headquarters in New York in September that year. Its mission is to teach taekwondo – one of the world’s most economical, easily deployable sports – and related educational programs to refugees and displaced persons worldwide. Its operations are designed to be sustainable; aligned with the interests of related stakeholders; and fully transparent.

The foundation, an independent body, was officially established in Lausanne, Switzerland, in April. Under the WTF’s World Taekwondo Cares Program, pilot projects are already underway in Syrian refugee camps in Jordan and Turkey, and among earthquake victims in Nepal.

“I am extremely excited that the THF is taking shape and starting operations,” said Choue. “The THF will be a boon for refugees; will give the WTF the opportunity to carry out its social responsibility as an international federation; and will offer taekwondo practitioners around the world the opportunity to do good as donors, as fundraisers and as volunteers.”
“We are currently in the process of finalizing the THF’s online presence and financial infrastructure,” added Piarulli. “We will be notifying all members of the global taekwondo family when these tasks are done, and plan to start fundraising and operational activities imminently.”

The THF shares office space with the WTF office in Lausanne. The address of the THF website, which will go online at the beginning of June, is www.thfaid.org