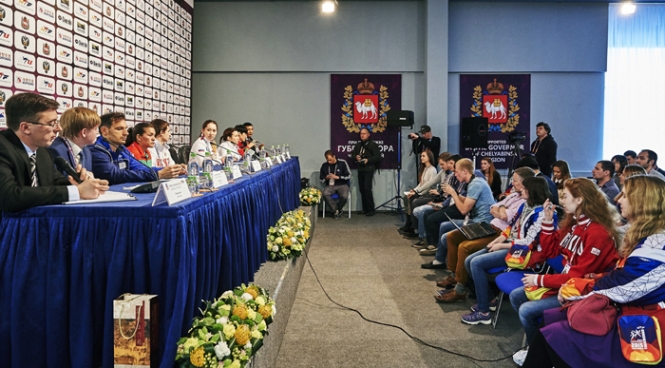 CHELYABINSK, Russia (May 11, 2015) – The central Russian city of Chelyabinsk earned the nickname “Tankograd” during World War II for its role as an armaments hub, but will soon be the scene of a different sort of combat as the 2015 World Taekwondo Championships will get underway here.

The tournament, which runs for seven days from May 12 to May 18, is expected to see particularly fierce competition, as it is a key gateway for athletes seeking Olympic glory.

“Everyone knows the significance of this championships in relation to the Olympics,” said Yang Jin-bang, the WTF Technical Committee chairman and director general of the WTF Seoul headquarters, referring to the fact that the event offers the biggest tranche of seeding points prior to the 2016 Summer Olympics. ”We are now on track to Rio!”

A group of elite athletes, speaking at a press conference on the eve of battle, differed over how the looming Olympic pressure would affect their performances.

Asked how important it was to add a World Championships to his list of titles, Italy’s Carlo Molfetta, the London 2012 Olympic gold medalist, said “I never took a gold medal [in world championships] but this is not the problem.”  “One year before the Olympic Games, I think the important thing is to take points.”

Other athletes take the pressure in their stride.

“I realize that I have only one year left for the Olympics, but I will perform as always: I rely on fair refereeing and myself,” said Korea’s Lee Dae-hoon, a silver medalist from London 2012. “There are no secrets here.”

Croatia’s Lucija Zaninovic, the 2012 London Olympic  bronze medalist, is taking things one step at a time. “For me, every competition is the same and every competition is important, and this is a world championship, so it is one dimension higher, as it is the last championship before Rio,” she said.  “But it is first this, then the European Games in Baku, then we will see.”

For one athlete, the pressure in Chelyabinsk is particularly intense: Russia’s Olga Ivanova hails from the host city. “Definitely, I am a bit nervous!’ she said. “An event in Chelyabinsk is an additional responsibility for me, but there is also additional support for me from family and friends.”

Fellow Russian Albert Gaon – one of the sport’s great characters and the winner of the 2014 Grand Prix Final – denied the pressure of home-turf expectations. “It won’t affect my performance, I will relax, I will dance I will smile,” he said. “No changes for me!”

Indeed, enjoying the game may be the secret to taekwondo longevity. “The secret of 20 years at the world level in taekwondo is to enjoy every training session ,”said Mexico’s Maria Espinoza, the gold medalist in Beijing 2008 and the bronze medalist in London 2012. “And I still enjoy it.”

Registered for the seven-day event are 873 players – 525 male and 348 female – representing 139 countries. They will be battling for medals in 16 weight categories, eight male and eight female. Matches will be held on five octagonal courts at Chelyabinsk’s Traktor Arena.

Technologies designed to ensure fairness and transparency will be fully leveraged. The championships will use a Daedo electronic protector and scoring system (PSS) on both body and head; it is the first time electronic head protectors have been used at a taekwondo world championship.

There will also be three cameras available for video replays, while 100 international referees will oversee the action.

Coverage will be delivered by more than 300 accredited media, while interpreters will provide translation in seven languages. A fleet of 106 vehicles is on standby to ferry athletes and officials.

In a world first, the International Taekwondo Federation (ITF) and WTF demonstration teams will carry out a joint performance at the tourney’s opening ceremony. WTF President Chungwon Choue, presiding over a meeting of the WTF Council on May 10, quipped, “… from now on, we can say ‘WTF’ stands for ‘World Taekwondo Family.’ This means we even embrace ITF taekwondo.”

The 2015 championship also marks the first time a World Taekwondo Championship has been held in Russia, a rising power in the sport. 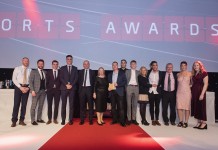 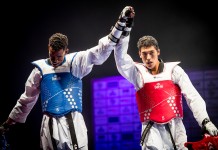