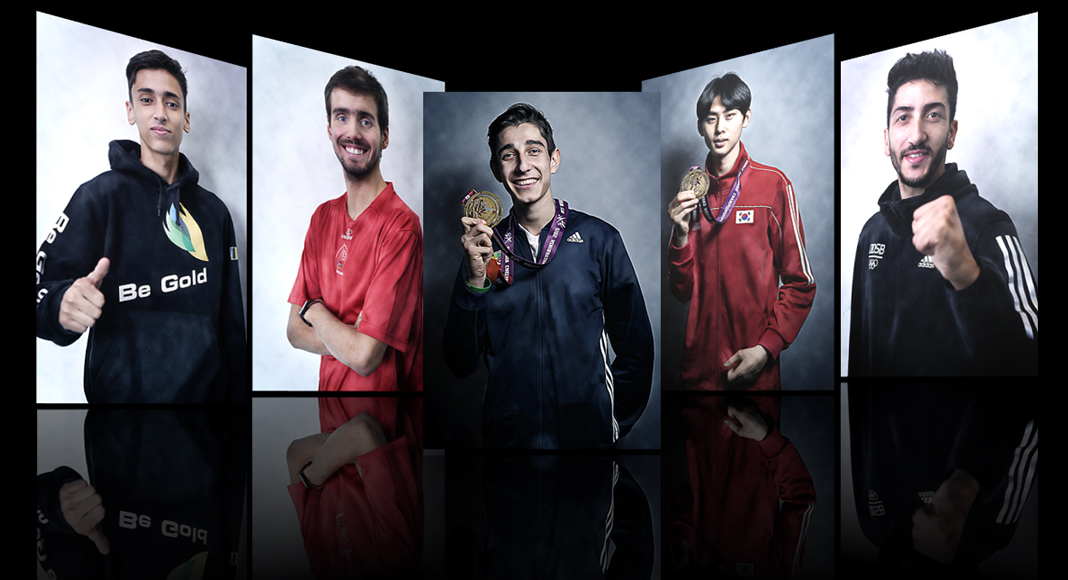 The big questions hanging over this category are: “Can young Iranian superstar Farzan Ashourzadeh Fallah maintain his form of 2014 and sweep the division? Or will the tribulations he suffered in the second half of 2015 affect his game and his mindset in Rio?”

After the 2012 London Olympics, the male -58kg gold medalist Joel Gonzalez Bonilla from Spain and silver medalist Dae-hoon Lee of Korea both climbed a weight category, leaving the throne in the category vacant.

Enter the Iranian men’s team. No other country adapted so swiftly or effectively to the adoption of Protector and Scoring System(PSS) and to the new rules that offered higher points for head shots. Fielding an up-and-coming generation of tall, leggy fighters fully trained in the tactical nuances of the “new style,” the Iranians started to dominate the category. The lad who rose to the top of the fray would be dubbed “The Tsunami” by an Iranian reporter. His name is Farzan Ashourzadeh Fallah and although it has been only two years since he loped onto the senior competition mats, he is clearly the man to beat.

He made his debut in adult competition at the Asian Taekwondo Championships in 2014, and swept the field at the 2014 Incheon Asian Games. But his most astonishing result was the 2014 Grand Prix Final in Queretaro, Mexico. The punditry expected the most likely winners to be one of the two Korean top guns: Tae-hun Kim (who won the 2013 World Taekwondo Championships at the -54kg slot) or Tae-moon Cha (who won the 2013 World Championships at -58kg).

Both were crushed by Ashourzadeh Fallah, who dominated not just the Korean duo, but all the top fighters in the division.

His superiority was not simply due to his lanky physique: “The Tsunami’s” whiplash techniques strike from all angles.  In 2014, when he won top ranking in the category, he was only 19. 2015 looked like it would be another vintage year, when he won the 2015 World Championships in convincing style.

He was absent from the 2015 GP Series 2 in Samsun, Turkey due to injury. In the GP Series 3 in Manchester, UK, he failed to make the weight at first try, but squeezed in on a second try. That may have affected him. In the semi-finals against 14th ranked Jesus Tortosa Cabrera of Spain he could only tie the match 8-8, and then lost in golden point. In the 2015 GP final series in Mexico City, he took on Korean Tae-hun Kim, who he had beaten multiple times previously, for the gold. It was a cagey, tense match with no score in Round 1 or 2. The Iranian was unable to connect, only going one point up in Round 3 when Kim took two penalties. Still, it looked like he would win on tactics – when, in the last few seconds, Kim landed a 3-point head kick for the gold. With the loss coming so close to the end, the Iranian looked visibly frustrated at the result. In a post-match interview, Kim said that Team Korea’s coaches had been intensively analyzing Ashourzadeh Fallah – analysis that paid off in those last seconds.

That defeat – just eight months prior to Rio, and coming on the back of his shaky form in the second half of the 2015 season – has renewed the arguments over who will be top dog in Rio. If Ashourzadeh Fallah does not tweak his style, he could be in trouble, given that his game has been so comprehensively analyzed by all his opponents.

So if not “The Tsunami” – who could win?  Korea’s Kim has the full tactical and analytical muscle of Team Korea at his back, while Rui Braganca of Portugal is another highly experienced, strong contender. So too are Si Mohamed Ketbi of Belgium, Germany’s Levent Tuncat and Mexico’s Carlos Navarro.

Ketbi and Navarro are both keen, young, up-and-coming fighters – though both lost to Ashourzadeh Fallah in 2015. Ketbi is a cagey tactical player, Navarro a more spectacular but less consistent fighter. Tuncat is one of taekwondo’s old guard, fighting with a crowd-pleasing spinning-jumping style, but has been plagued by injuries. A major question hanging over his performance will be how well those injuries are managed. Finally, Spain’s Jesus Tortosa Cabrera, a late-comer to Olympic qualification, who beat Ashourzadeh Fallah in Manchester in 2015, cannot be counted out.