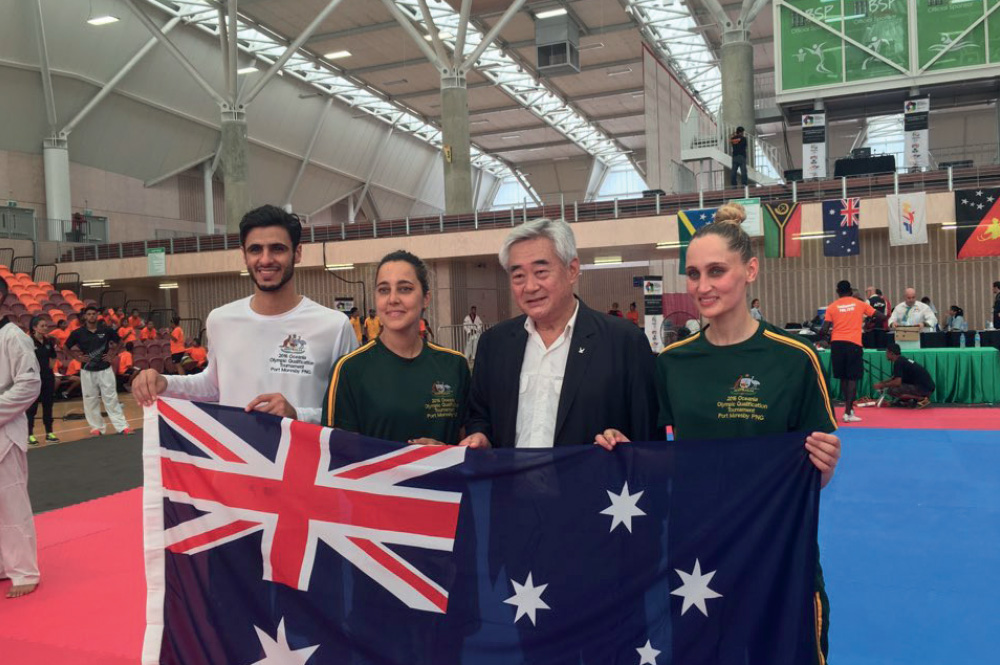 WTF officials like to talk about the “global taekwondo family” – and a number of high-kicking families have, indeed, won Olympic quota places.
First to go through were Croatia’s Zaninovic sisters, who both qualified through Olympic ranking points. Although they are twins, they fight at different weights: Lucija fights in the female -49kg class, while Ana fights in the female -57kg category.
At the Oceania Qualification Tournament for the Rio Olympics held in Port Moresby, Papua New Guinea on February 27, 2016, an even-bigger family unit qualified.
Sisters Caroline and Carmen Marton, together with Carmen’s husband Safwan Khalil, all won Olympic places for Australia. Caroline Marton won a berth in the female -57kg category, Carmen Marton captured a spot in the female -67kg division, while the latter’s spouse, Safwan Khalil, won a place in the male -58kg category. All three, incidentally, are coached by Ali Khalil – Safwan’s brother.
At the same tournament, Papua New Guinea’s Samantha Kassman won a place in the female -67kg category, while team mate Maxemillion Kassman captured a berth in the male +80kg division. Those identical surnames are no coincidence; Samantha is Maxemillion’s aunt.
And while only one of Moldova’s Cook brothers won an Olympic quota place, via Olympic ranking points, both will be in Rio: Older brother Luke is the coach of younger brother Aaron, who fights in the male -80kg division. Incidentally, Luke will not be the only one keeping a very close eye on Aaron’s progress in Rio: The latter’s long-term girlfriend, Bianca Walkden, has also won an Olympic quota place for GB in the female +67kg class.
At time of publication – with the Pan American Continental Qualification Tournament still pending – it is not clear if any members of taekwondo’s most famed combat clan, the legendary Lopez family of the USA, will be gracing the 2016 Olympics.