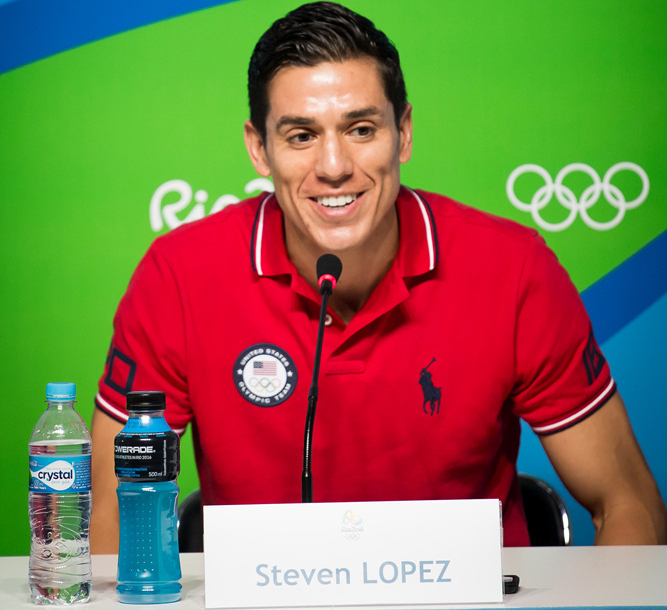 RIO DE JANEIRO, Brazil (August 16, 2016) – On the eve of his fifth Olympic Games, the man dubbed  “The Michael Phelps of Taekwondo” believes that, even aged 37, he can still win gold.

“My expectation is to go out and perform at my very best,” said Team USA’s Steven Lopez at a media briefing held at the Games’ Main Press Center on the 16th, the day before the four-day taekwondo event kicks off. “And my very best can win gold.”

Lopez is arguably the most famed fighter the sport of taekwondo has ever produced.  Coached by his older brother Jean, he holds two Olympics golds from Sydney and Athens, and one bronze from Beijing. When he lopes onto the field of play in Rio, he will be the first taekwondo athlete ever to fight in five consecutive Olympic Games.

Looking lean, tanned and pantherish, Lopez joked that he should have removed his shirt in the Olympic opening ceremony.  But however fit he may be, he is approaching 40, and in Rio’s Carioca Arena 3, he will be doing battle with young guns in their late teens and early 20s.

“I am no spring chicken,” he admitted. “I do this sport because I have passion. I grow every single time I step into the ring.”

And the Olympic flame still burns as brightly as ever.

“My fifth Olympics feels like my first one,” Lopez said.  “I have been doing this for a very long time, but I still feel the same passion as when I started at the age of five.”

As a member of a family of taekwondo exponents, Lopez decided what he wanted to do with his life when, on TV, he saw the sport make its Olympic debut in Seoul in 1988. “I said to Jean, ‘Look, taekwondo is an Olympic sport!’ I knew then exactly what I wanted to do when I grew up.”

He went on to blaze his way through the sport, winning virtually everything there is to win. Nobody associated with the sport of taekwondo is unaware of Lopez.

However, he did not reach the medal podium in London in 2012, and 2016’s taekwondo has been transformed since Lopez’s heyday.  The point system has changed and the body armour now contains electronic protector and scoring systems (PSS) – a technology that was unknown when Lopez was winning his golds. Even the shape of the field of play has changed shape, from square to octagonal.

Can the legendary warrior compete in the new game?

“Taekwondo has changed so much,” he said. “It’s night and day.” He praised the changes for making the sport more fair, transparent, exciting and professional, but politely declines to discuss his plans post-Rio.

“After Friday, I will have a better idea,” he said – the day his weight category, the Men’s Middleweight division, is contested.  In the final analysis, he will take his coach’s advice on whether or not Rio will be the last Lopez Olympics. “If my brother told me it is time to hang it up, I would,” he said.

If Lopez – whose first fight in Rio is against Team Russia’s Albert Gaun – a cool, smart fighter with sniper-like kick placement – does bow out of Olympic competition after Rio, his legendary legacy will endure.

“Obviously, if will be a big hole if he leaves,” said Pan-American Taekwondo Union President Ji-ho Choi. “But he leaves a great legacy and a lot of young athletes look up to his success.” 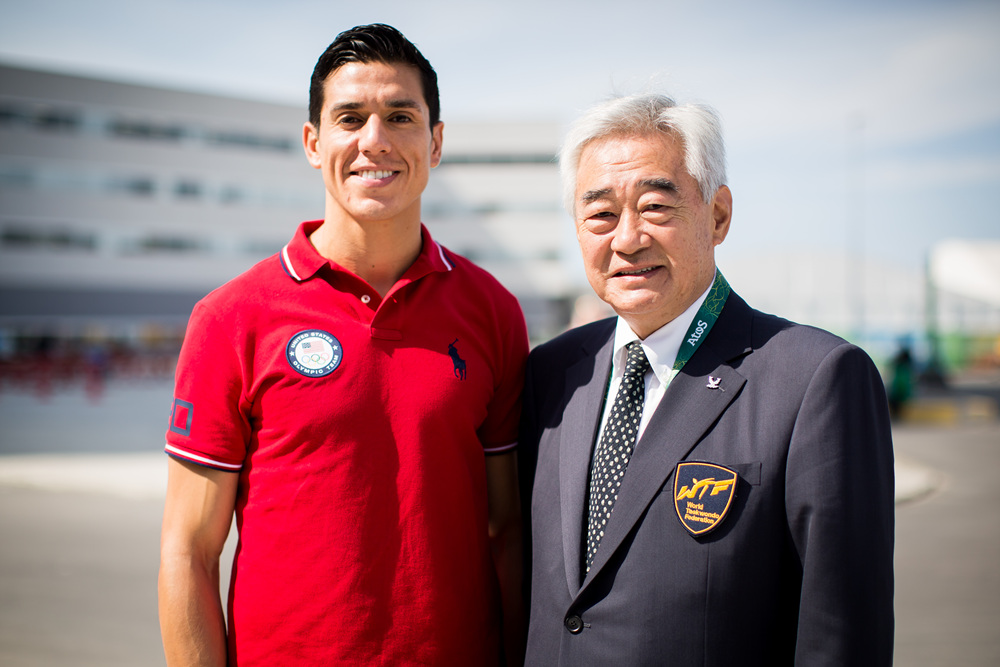