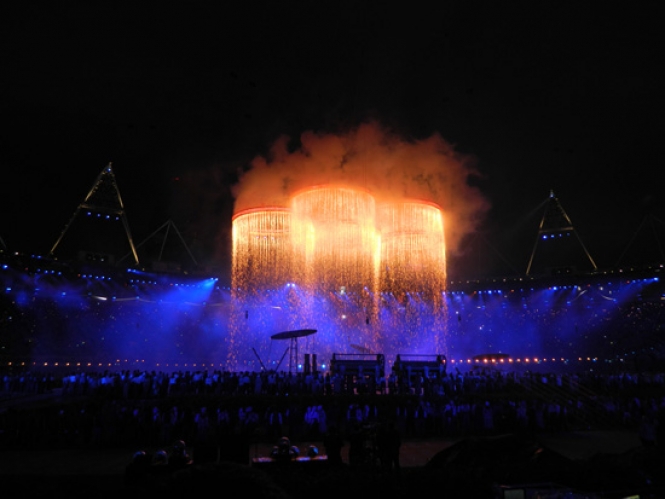 Sarah Stevenson of Great Britain took the Olympic Oath on behalf of all athletes and 11 other taekwondo athletes were flag-bearers for their nations during the opening ceremony of the London 2012 Olympic Games.

Proudly, and with eloquence and poise, Sarah Stevenson stood before tens of thousands of athletes and spectators, as well as an estimated billion viewers around the world, stood representing all Olympians as she took the Olympic athlete oath.

Stevenson is participating in her 4th consecutive Olympics and is a 2008 Beijing Olympic bronze medalist and 2011 world champion. She is a medal hopeful for Team Great Britain.

Sarah was not alone in representing the sport of taekwondo at the London opening ceremony. Taekwondo medal hopefuls from 11 nations in Africa, Asia, Europe and Pan America led their delegations into the stadium, demonstrating the global popularity of the Olympic sport of taekwondo.

In London, 128 athletes from 63 countries will compete for Olympic medals. With 11 athletes leading their delegations during the opening ceremony, taekwondo was one of the most represented in percentage of competing athletes of any sport in London. Five of these eleven taekwondo Olympians representing their nations were female. In addition, Sarah Stevenson stood tall in a position that only 29 athletes in history have ever had the chance to hold.