The first pilot program is upgrading the lifestyles of Syrian refugees while granting valuable experience in preparation for full-scale, global operations in 2016 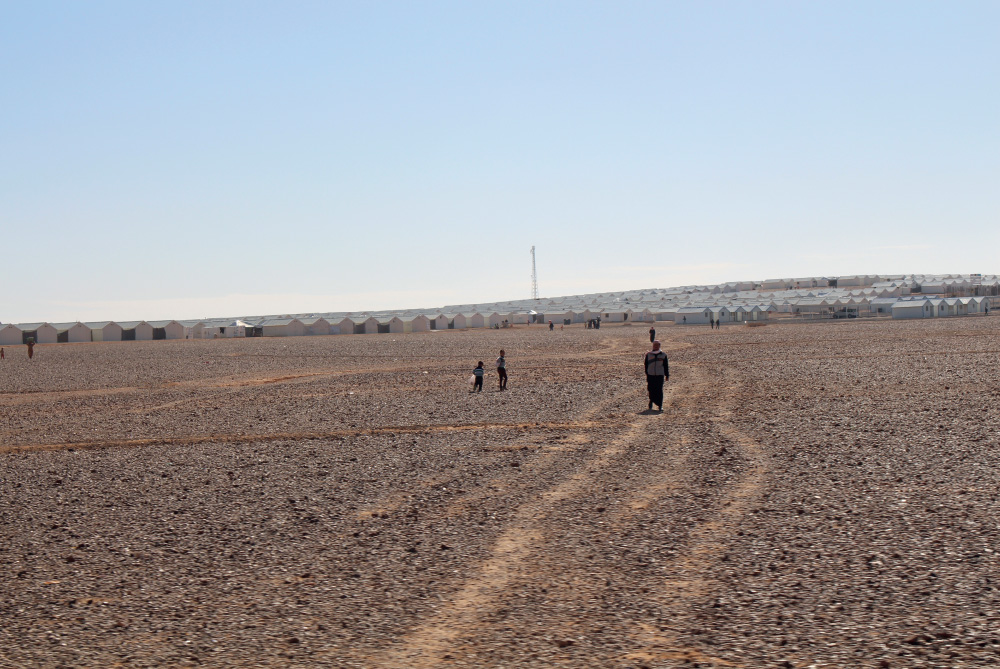 A bold new program to empower refugees by teaching them taekwondo kicked off with a spectacular opening ceremony for a training academy in Jordan’s Zaatari refugee camp on Dec. 1, 2015.
The launch marked the start of a pilot program designed to gain experience before the WTF’s nascent Taekwondo Humanitarian Foundation, or THF, begins full-scale operations in 2016. 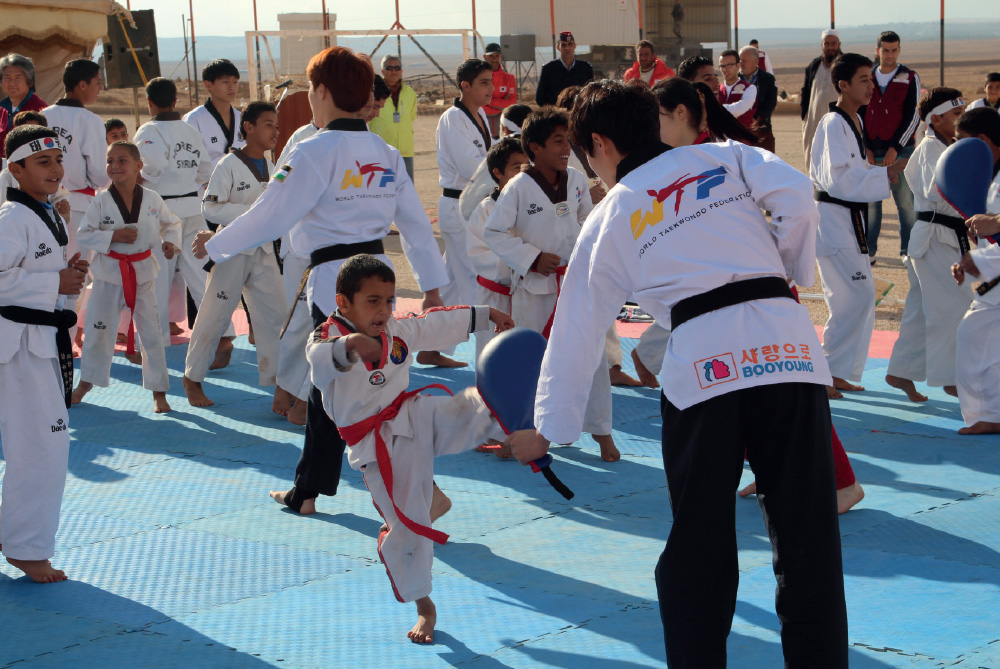 In Zaatari refugee camp, some 70 kms northeast of the Jordanian capital Amman, 14 members of the elite WTF Taekwondo Demonstration Team, who had flown in from Seoul, performed kicks, aerials, self-defense techniques and board breaks. Visiting WTF President Chungwon Choue then declared the Zaatari camp “WTF Taekwondo Academy” open.
“The opening of this academy will, I hope, help improve the quality of life of refugees in this camp,” said Choue. “I invite anyone in Zaatari who has an interest in physical fitness, sport or self-defense – be they young or old, male or female – to avail themselves of this facility.” 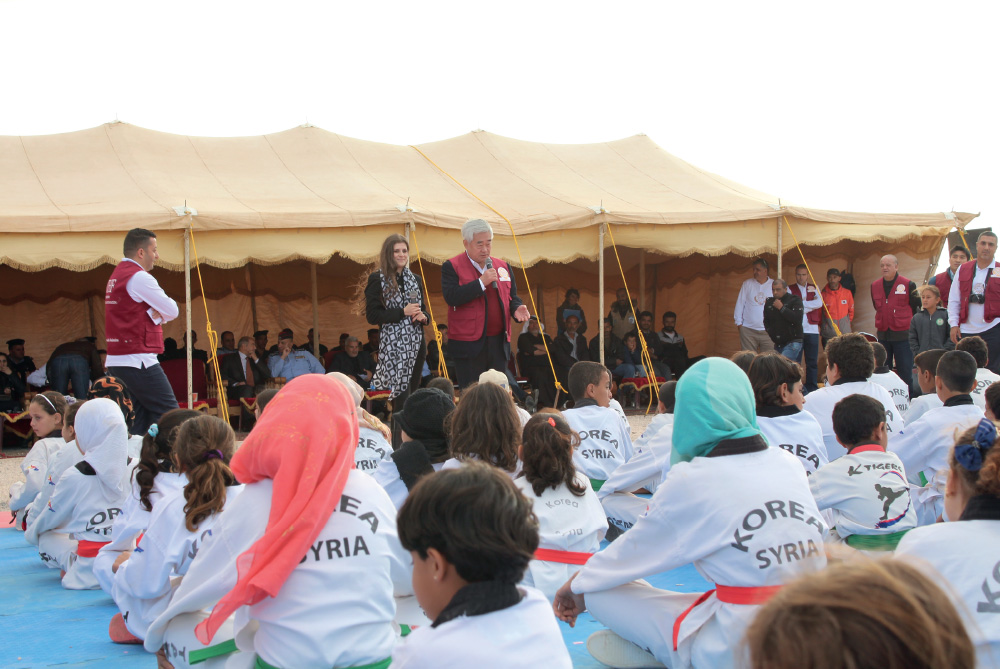 Given that any humanitarian activity must be sustainable over the long-term, localization is key. For this reason the academy, which contains a taekwondo training hall and classrooms, is manned by four local Jordanian instructors. WTF Demonstration Team member Hong Shi-young remained in Jordan for two months to train the four in coaching techniques.
The four, who were chosen from among 20 applicants, are to teach taekwondo to Syrian refugees in both Zaatari, home to 79,000 refugees, and at the Al Azraq camp, home to 28,000. 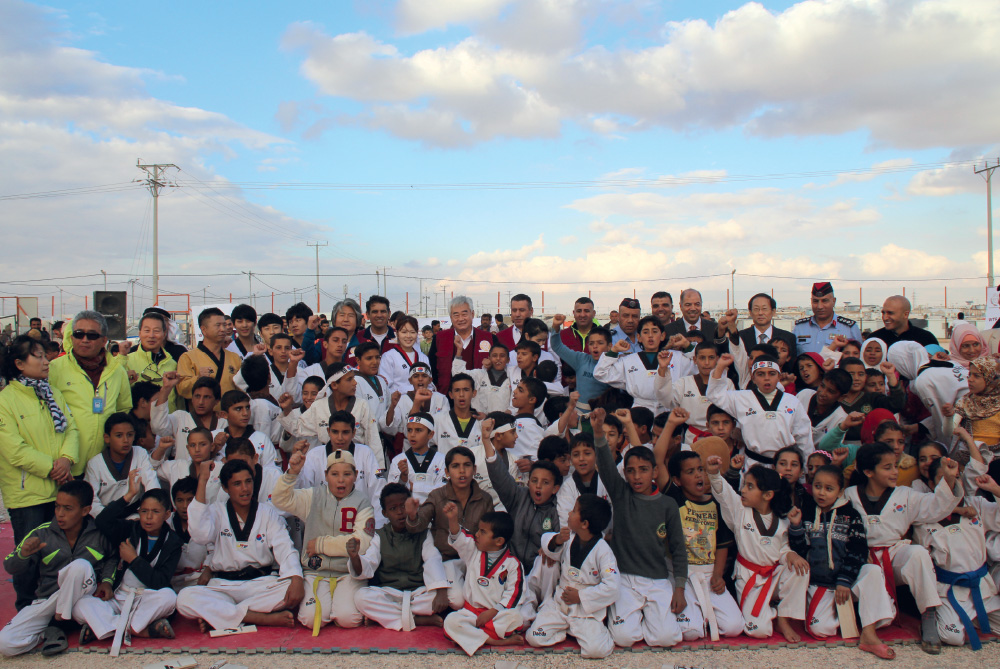 “Taekwondo is the perfect sport for refugees, many of whom have little to do all day, as it requires minimal equipment and minimal facilities,” said Usman Dildar, an Afghanistan-born taekwondo coach based in Saudi Arabia who carried out the WTF reconnaissance prior to the academy’s opening. “However, as a demanding exercise, an Olympic sport and a martial art, it delivers physical fitness, self-confidence, self-defense and self-belief.”
Choue subsequently met three members of the Jordanian royal family – Prince El Hassan bin Talal, Prince Faisal bin Al Hussein and Prince Rashid bin El Hussein – on Dec. 2 to discuss aligning the taekwondo program with the current refugee-assistance programs of the Jordanian government.
“The global refugee crisis is one of the greatest challenges facing humanity, and the plight of child refugees, as I have personally witnessed, is heart-rending,” Choue said. “As an Olympic federation, it is the WTF’s responsibility to be part of the solution, and the THF is our vehicle to do that.” 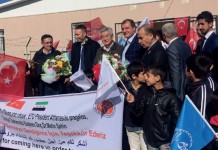