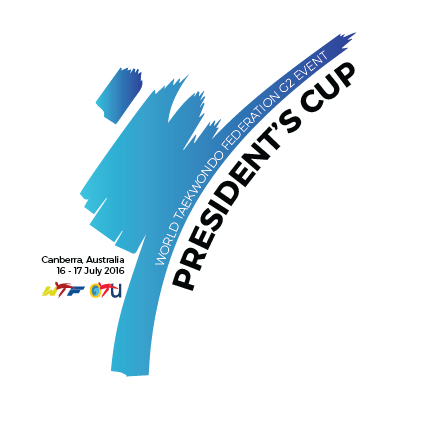 (July 18, 2016) – The first ever WTF President’s Cup – Oceania Region concluded in Canberra  on July 17 after two days of intense competition which saw around 300 male and female athletes, from cadets through to seniors in both Kyorugi and Poomsae battle it out for gold.

The full list of kyorugi results can be found here