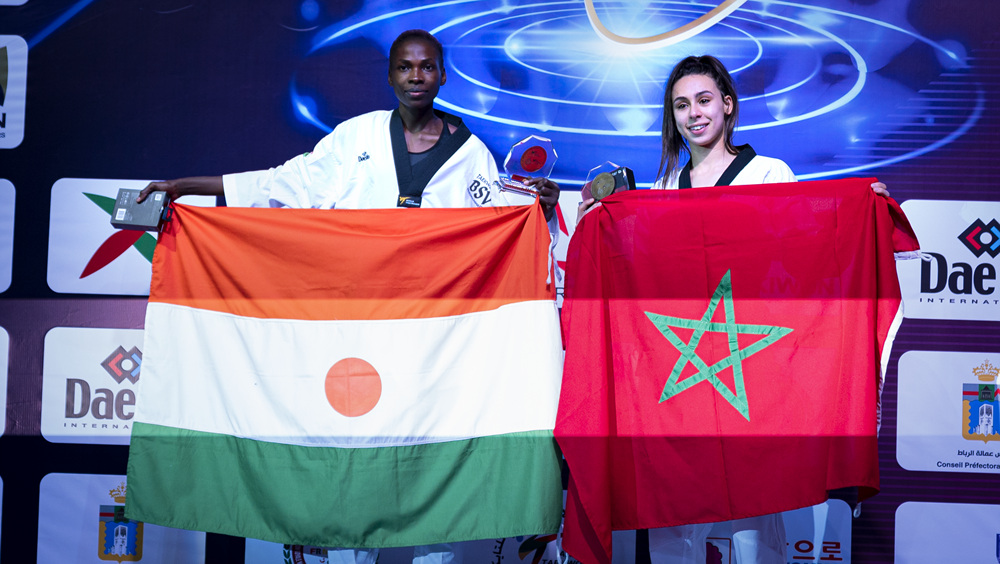 RABAT, Morrocco (February 24, 2020) – The African Qualification Tournament for the Tokyo 2020 Olympic Games concluded in Rabat, Morocco on February 23 with athletes from 10 countries securing their National Olympic Committee (NOC) an Olympic qualification place, including Ethiopia for the first time.

The Qualification Tournament took place over two days with athletes competing in eight Olympic weight categories (four men and four women). The finalists in each of the weight categories secured their NOC a place at the Olympic Games and will be hoping they are selected to represent their country in Tokyo.

The 10 countries qualified from the tournament, reflect the depth and high-quality of taekwondo throughout Africa. Egypt performed the strongest, securing four spots followed by hosts, Morocco, who secured three places and Cote D’Ivoire who secured two. Joining Ethiopia, with one qualification spot are Gabon, Kenya, Mali, Niger, Nigeria, and Tunisia.

Taekwondo has grown significantly in Africa in recent years and the Continent has been a strong performer at the recent Olympic Games. At Rio 2016, Cote D’Ivoire won its first gold medal in any sport, in taekwondo. Four years earlier, at London 2012, Gabon won its first ever Olympic medal in taekwondo.

The results from the African Qualification Tournament for Tokyo 2020 Olympic Games can be found here: Day 1 Result and Day 2 Result.

Photos can be found HERE.