BANGKOK, Thailand (March 7, 2017) – An extraordinary WTF Council meeting was held at the InterContinental Hotel Bangkok in Thailand, today to decide on five host cities for the WTF’s major events.

The Egyptian resort city of Sharm El Sheikh was selected as the host for the 2017 World Taekwondo Cadet Championships on August 24-27. 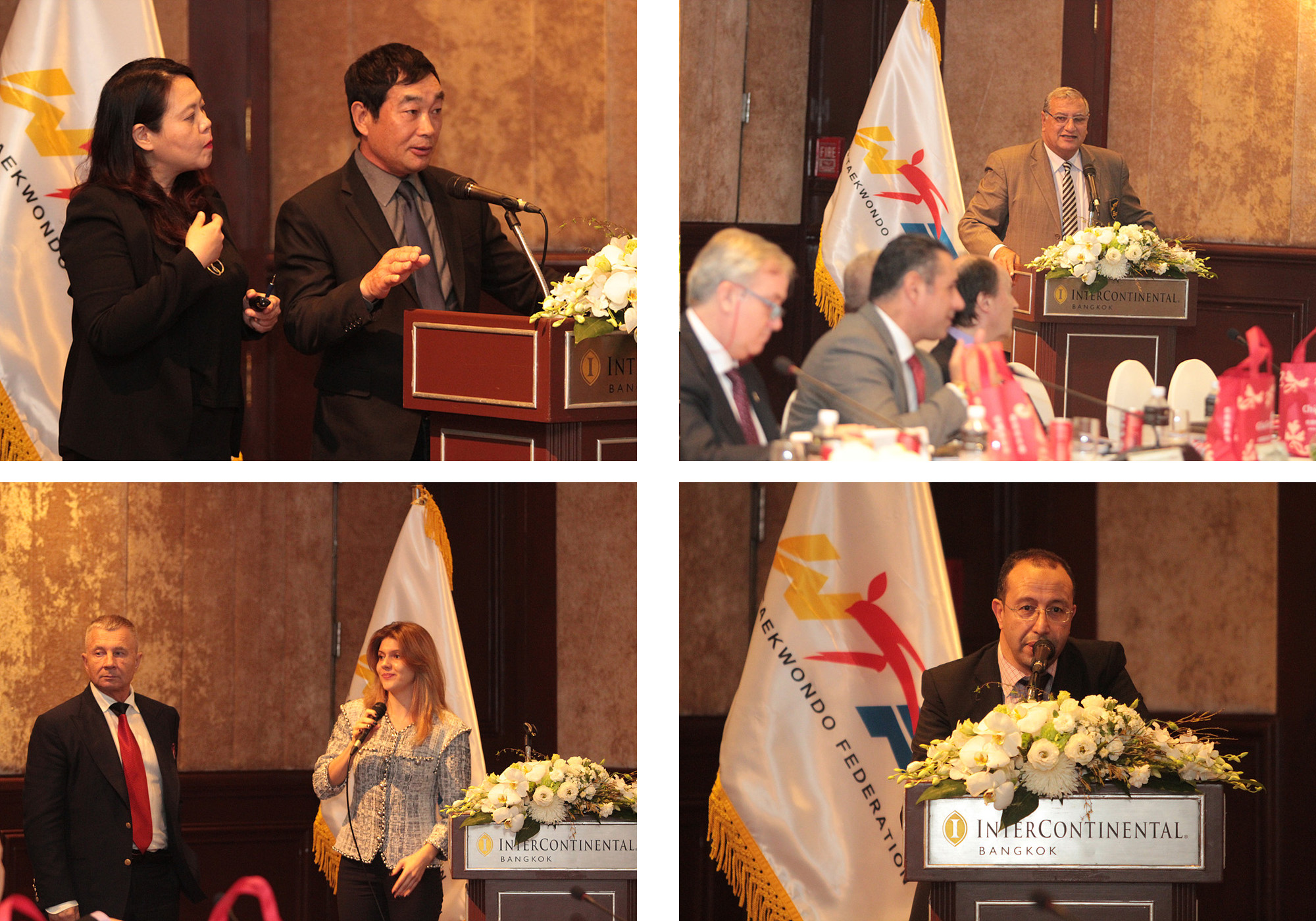 The Council approved a new logo design of the WTF and decided to unveil the new logo on the occasion of the 2017 World Taekwondo Championships that will be held in Muju, Korea.

The Council members also unanimously approved French Guiana as the WTF’s new member, which requires the final approval of the General Assembly. After the addition of French Guiana, now, the WTF has 208 members national associations (MNA).

“Also in Burnaby, we inaugurated the THF Challenge. Entitled ‘Break Boards, Change Lives,’ we have had great success with this and will continue this fund-raising activity at all major events. It is a great way to activate grassroots taekwondo,” he said. “The big event this year will be, of course, the Muju World Taekwondo Championships. We expect to welcome more than 200 member national associations, and IOC President Thomas Bach will join us for the closing ceremony – another great endorsement of taekwondo.” 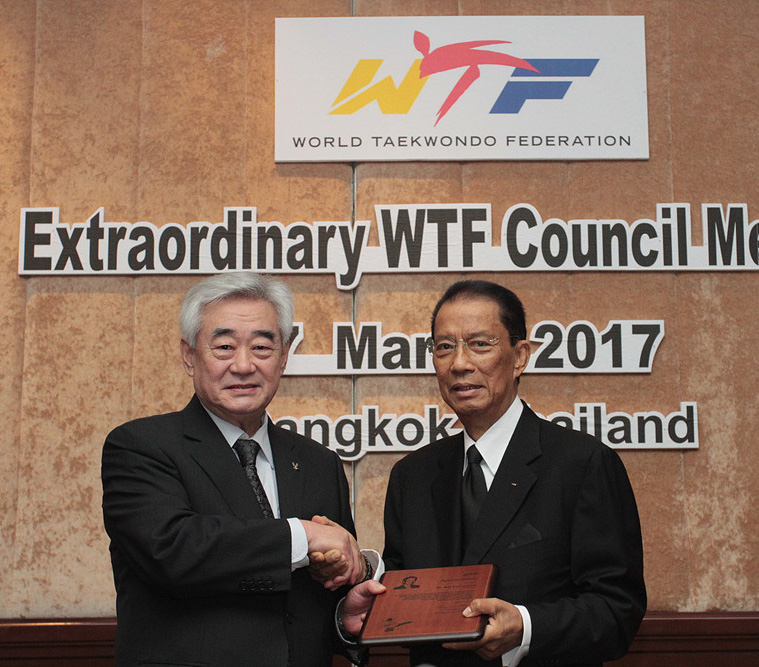 At the beginning of the Council meeting, WTF President Choue awarded a plaque of appreciation to Dr. Nat Indrapana, the International Olympic Committee member of Thailand, in recognition of his dedication to and support for taekwondo. Dr. Indrapana served as a vice president of the WTF from 1999 to 2009.

Mr. Pimol Srivikorn, president of the Taekwondo Association of Thailand, for his support for taekwondo and the WTF as a WTF Council member since 2012 also received an appreciation plaque.

The next WTF Council meeting will be held on June 22, 2017 in Muju, Korea on the occasion of the 2017 World Taekwondo Championships.