Elite athletes know pain – few more than Levent Tuncat. But neither pain nor injury has stopped him so far … 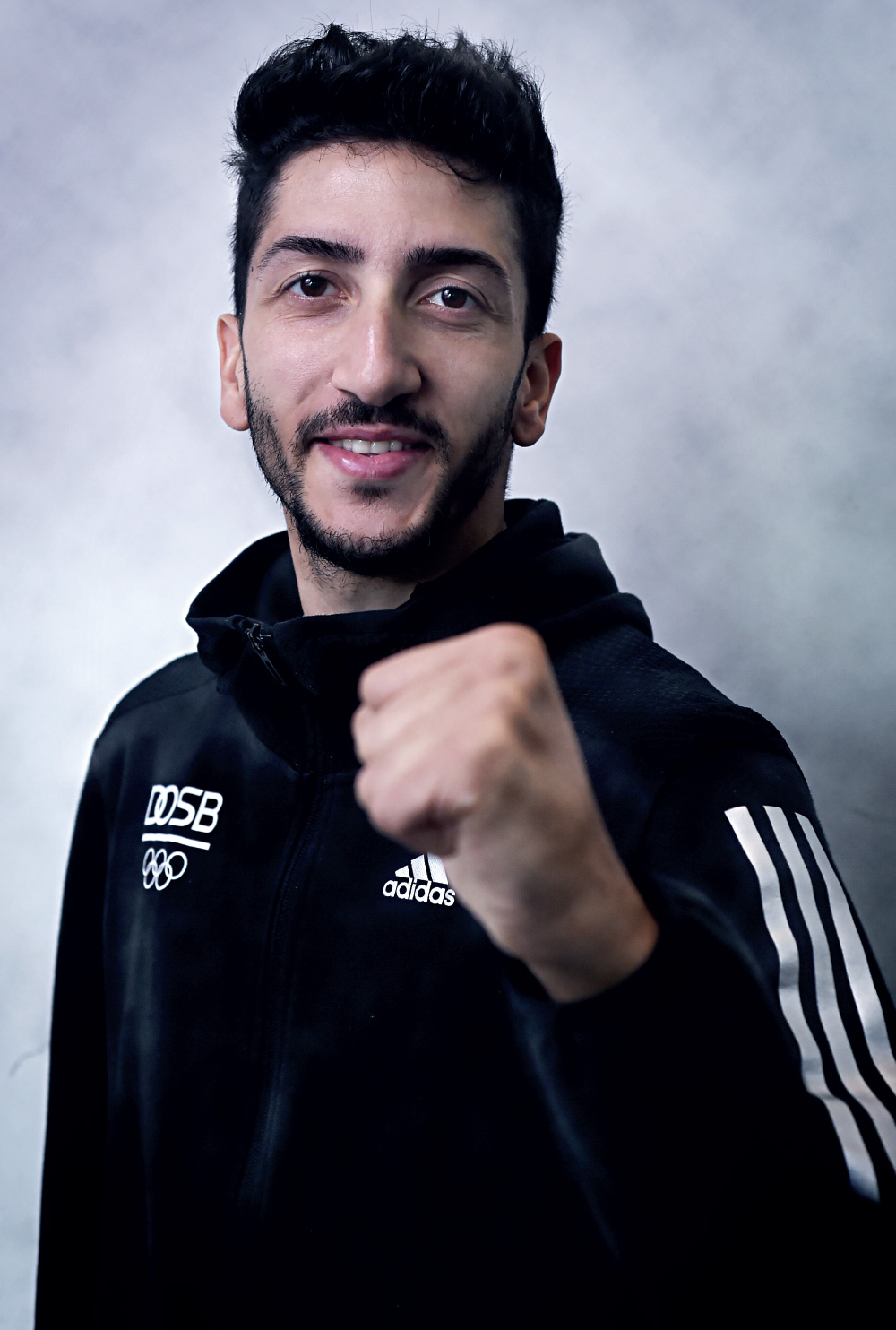 Levent Tuncat of Germany was looking forward to the 2015 World Grand Prix Series 3.
The main striking force of Team Germany and the world-ranked number five, Tuncat had a “good feeling about Manchester,” a city where he had qualified for the 2008 Beijing Olympic Games in 2007, and won the British Open twice, in 2009 and 2011. With the season finale looming in Mexico, he was anticipating a medal.
Things, however, did not go according to plan.
Tuncat is a player in the same class and spirit as Turkey’s Servet Tazegul, Moldova’s Aaron Cook and Belgium’s Jaouad Achab: An offensive, spin-kicking, crowd-pleasing fighter. But in his first match, fate conspired against him.
He tried two spin kicks. Both times, he slipped to the mat, earning penalties. It was a new mat and a jinxed one: It had previously felled Russia’s Alexey Denisenko, France’s Gwladys Epangue and Great Britain’s Mahama Cho. “The mat was slippery,” he said. “I could not move or step.”
Even so, he tied the scoring to 7-7. Then he slipped again – and felt something go inside his hip. He stood up – only to be felled again. And again. Watching the agony in the ring, the crowd fell silent as Tuncat stood again and again, endeavoring to continue. Even his opponent motioned that the match should not continue – and common sense prevailed. “I was in so much pain, I could not hold my leg up,” he said. He conceded.
Things had been different in 2015’s second GP in Samsun, Turkey where Tuncat – leveraging hometown support; though a German national, he is of Turkish descent – grabbed the silver after a spectacular display in the finals. The question now is: Will he be fit for Rio?

The medical prognosis is unclear. But among elite taekwondo fighters, a group of people fully familiarized with injury management, few have come back from so many injuries – and other misfortunes – more frequently than Tuncat.
In 2010 the Duisburg native, now 27, suffered a major injury that took him out of the game for over six months. In 2011, he suffered torn ligaments. In 2012, just before the London Olympic qualification, it was a knee problem. And in 2013, he broke a hand. Each time, he recovered. Each time, he came back fighting.
But even this smorgasbord of injuries would not be as significant as a very different issue: the departure of the coach who had raised him from child to champ.
At the age of 3, the tiny Tuncat had been introduced to football. “My father put me into soccer, but my legs were high: I liked it when the ball came aerial, I did not like to play on the ground!” His father, noting this unusual proclivity, took his son to the taekwondo club of Coach Cevdet Mutlu. “When the coach saw some movements in the first training session, he said, ‘He will be very good, he will be a star.’”
The subsequent coach-athlete relationship would last 20 years. Then, after the London Games, Mutlu dropped a bombshell, telling Tuncat that he was leaving Germany to retire in Turkey. “I did not believe it! At the end of 2013, I had no coach or training partners – nothing!” Tuncat recalled. “This was before the French Open in 2013 and I thought, ‘Levent: What are you going to do now?’”
Although a member of the German squad, most of his training had been in Mutlu’s club. With that gone, he decided to attend a fitness club and run and train alone, before and after work. That situation lasted for a year and a half as he got on with the rest of his life – he is married and works at Krupp – and pondered his future in the sport. “You can say I stopped taekwondo, and new young people came in, and the systems changed – but I love taekwondo.”
His decision was to return to the fold. “I thought I did so much for this sport, so I had to give back,” he said. “I was in the Olympics, I was a three-time European Champion, so I said, ‘OK, Levent: You can go to Rio.’”
He relocated to Bonn, to train under the head coach of the national team. In a reversal of his earlier bad luck, he was able to make the move thanks to a fortuitous combination of circumstances. His wife fully supported him; Krupp gave him special leave; and the German government granted him an athlete’s stipend. He also had his first son in April 2015.
At the French Open in December 2013, Tuncat was 60-70 in the rankings, but his talent reasserted itself: Within six months, he was seeded in the top 10. In 2015, the results have been flowing in. Tuncat took bronze at the European Games, bronze at the Moscow GP Series 1 and silver at the Samsun GP Series 2.
“I was away for one-and-a-half years,” he said. “I like old-style taekwondo, it was the power techniques, not the front leg.” He has now added elements of the front leg style to his game, but maintains his trademark spinning kicks. “I mix old and new styles – when I see the situation I do my spinning kicks.” It is a risky, but crowd-pleasing tactic. “If you see a match of three rounds with just the front leg, everybody sits down, but when I spin, everybody stands up,” he said. “This pushes me.”
He has other motivations in life. His second son, Efdal, was born while Tuncat was competing at the World Military Games, or CISM, in Korea.
Given the Manchester injury, questions now hang over his fitness for Rio. But even if he does go to the Olympics, Tuncat is mature enough not to go into it with an all-in, “do-or-die” attitude.
“If I am in the top six, I will take a holiday before Rio – I have had no time for two years, it was all preparation and training,” he said. “I am not stressed; I went to the Olympics in 2008 and was under so much pressure as everybody thought I would take gold, but I lost in the first match. This time I will enjoy the Olympics. It may be my last tourney.”