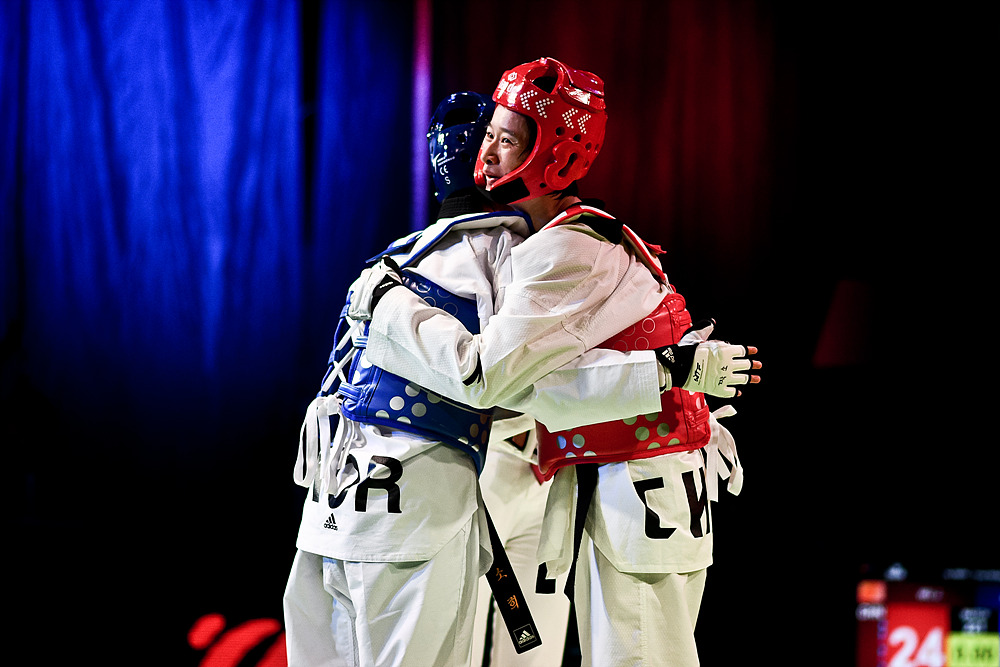 SOFIA, Bulgaria (October 21, 2019) – There were some tremendous finals at the Sofia World Taekwondo Grand Prix, but surely the most extraordinary was the Women’s -49kg.

Wu opened at lightning speed, appearing to surprise Kim and scoring immediately with one, then two body kicks. Kim returned fire with her own kick from open play, grabbing two point of her own with a skipping side kick that flew across the mats. Round 1 ended 4-2 to Wu.

In the second, Kim attacked, trying to force Wu off the mats, but Wu stood her ground and stayed cool in the clinch. Wu side kicked and flicked out face kicks, then – as Kim attacked – executed a circular back step combined with a body kick. This was real technical mastery, but Kim also landed, and Round 2 ended 6-4 to Wu.

With just a two-point difference, either athlete could win it in Round 3. Wu stabbed in another side kick in to go to eight, then to 10. Kim now had to advance. Wu backpedaled and coolly bided her time before landing a perfect face kick to Kim – then another! Wu’s radar was now locked on and the crowd started cheering. In the final seconds, Kim landed again, but the match ended 24-8 to Wu.

That was an extraordinary score, but what is more extraordinary is who Wu is and what she represents. For lovers of taekwondo, Wu needs no introduction.

But let us refresh our memories, for one of the game’s greatest stars is now in the midst of an incredible comeback.

Wu is currently the Vice President of the Chinese Taekwondo Association as well as being a fighting athlete. She is 33 years old – and the mother of a two-year old daughter.

Wu first laid claim to fame 11 years ago, on home turf at the Beijing Olympic Games, where she struck gold. In 2012, she repeated that feat in London.  That made her a member of a tiny elite: only six taekwondo fighters have won two Olympic golds.

Could Wu make it a historic hat trick in 2016? It was not to be. Wu crashed out in Rio, failing to make it even to the quarter-finals.

“I was not at my best, there were a lot of expectations, I had a lot of stress, I was not fully focused,” Wu said. “I had never lost a game at such a big event.”

Post-Rio, she dropped out of the game. She became vice-president of the Chinese Taekwondo Association, and gave birth to a daughter, Shao-yu.

But though she had disappeared from pundits’ radars her fight spirit continued to simmer. “I did not think of giving up – I never think of giving up!” she said. “If I had got a medal in Rio, I might have quit, but I lost. I want to win again!”

Now aged 33, Wu returned to the rigorous training of the super athlete. Wu was known in the community for her manic, five-hour training sessions, but was forced to restart from scratch: In the Chinese phrase, she had to “eat bitter.”

In February, after a two-year, three-month retirement she loped onto the mats at the Fujairah Open in UAE. “I was nervous,’ she admitted. “Very nervous!” When the smoke cleared, Wu had a gold medal around her neck.

In addition to her back-to-basics training, she had to rebuild her Olympic ranking points from scratch. That meant a grueling competitive schedule.

More 2019 golds followed – at the Presidents Cup Asia, the German Open. At the elite level, she won silver at the World Championships in Manchester, UK, and another silver at the Grand Prix in Chiba, Japan. And now – gold in Sofia. 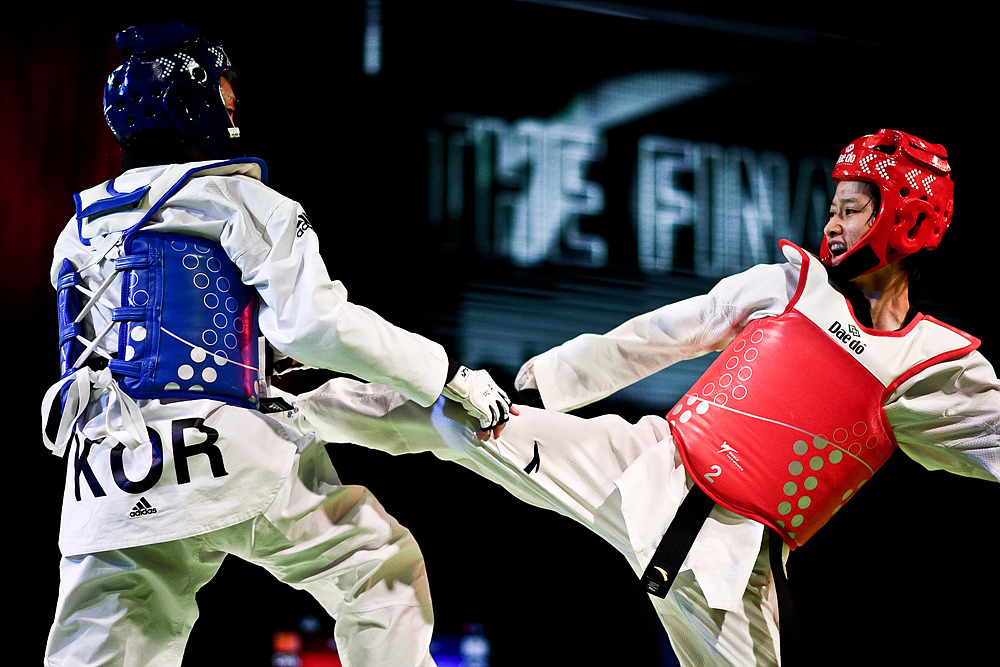 “I don’t know how she came back after giving birth!” said Laurence Rase, Performance Director of Team Belgium and herself a former athlete and mother. “She is fighting against the clock. I remember when I turned 30, my body changes and I lost that aggressiveness. That is why I follow her!”

“She is an amazing fighter, someone I have always looked up to,” added Jade “The Welsh Wonder” Jones, who also seeks a third Olympic win in Tokyo. “It would be magical if we could both get golds.”

“There is no difference among all the top players physically, with her, it is her work ethic and her self-belief,” said Karim Dighou, coach of Team Australia. “When push comes to shove – she shoves!”

Wu looks at last a decade younger than her 33 years. Tiny and deceptively fragile looking – she fights in the -49kg weight class – she is a mixture of shy and upbeat who just can’t seem to stop herself from smiling.

Despite her superstar status, she has time for all. “She is an amazing fighter but she is also kind and humble,” said Rase.  “She says hello to everyone, she is always respectful.” 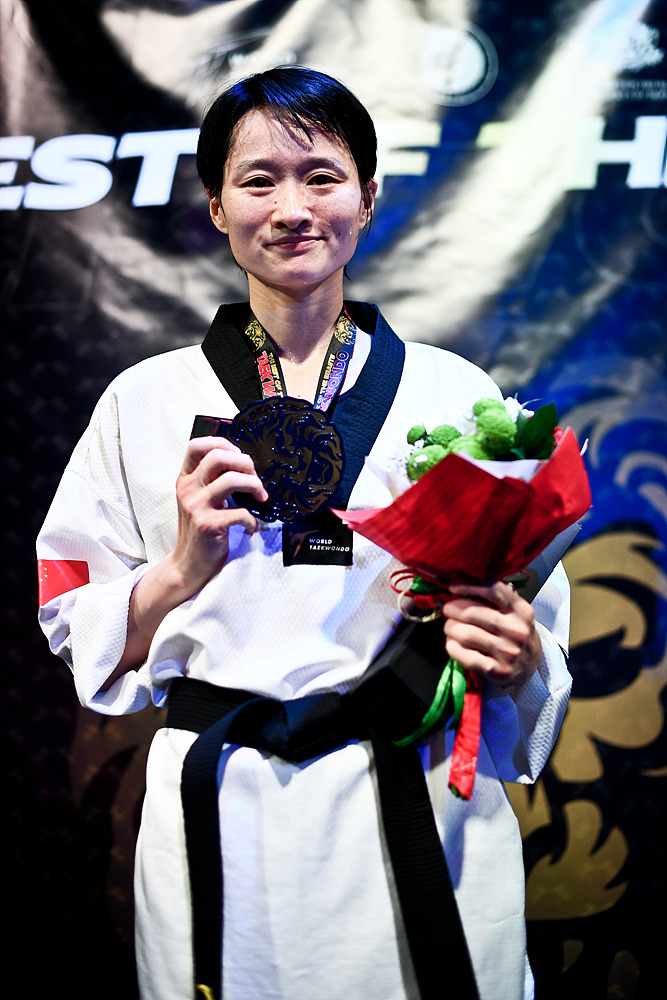 Why mothers must dream

“Even if you are a mother, you need to have a dream, a wish, because your ability and your actions affect your child,” Wu said. Speaking of Shao-yu, she said: “I have taught her courage, to not be afraid of difficulties – you have to challenge yourself even when you are very little!”

But what drives her to keep playing one of the Olympics’ roughest sports? She credits higher powers. “I think I was meant to be in taekwondo,” she said. “It was the choice of the gods.”

Whether the fight gods will favor her in Tokyo cannot be known. But 2020, she insists, is not about precious metal; there is a deeper drive.

“Since that first gold in Beijing in 2008, medals mean nothing to me,” she said. “I just want to try and do something that others cannot – I want to see what I can do.”