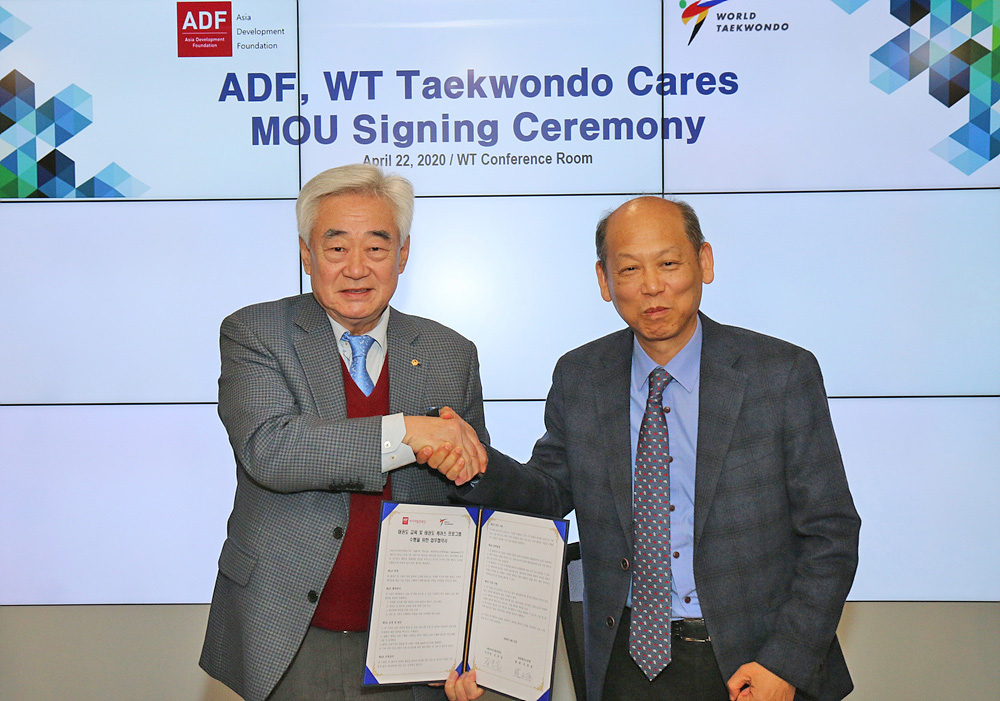 SEOUL, Korea (22 April, 2020) – World Taekwondo (WT) signed a memorandum of understanding on ‘Taekwondo Cares Program’ with the Asia Development Foundation (ADF) in a ceremony at the WT headquarters in Seoul, Korea on April 22, 2020.

Shortly after the signing, Kim Joon-il, chairman of the ADF, delivered $150,000 in designated donation for the 2020-2021 ADF-WT Cares Program to Dr. Chungwon Choue, president of WT. The designated donation is to be used for helping empower ‘the powerless’ in taekwondo developing countries is Asia.

Under the MOU, the two sides agreed to cooperate with each other on the WT Taekwondo Cares Program, while cooperating to foster global talents through taekwondo and Korean language education, to support the dissemination of the Korean culture, and to develop cooperative fields related to the two organizations 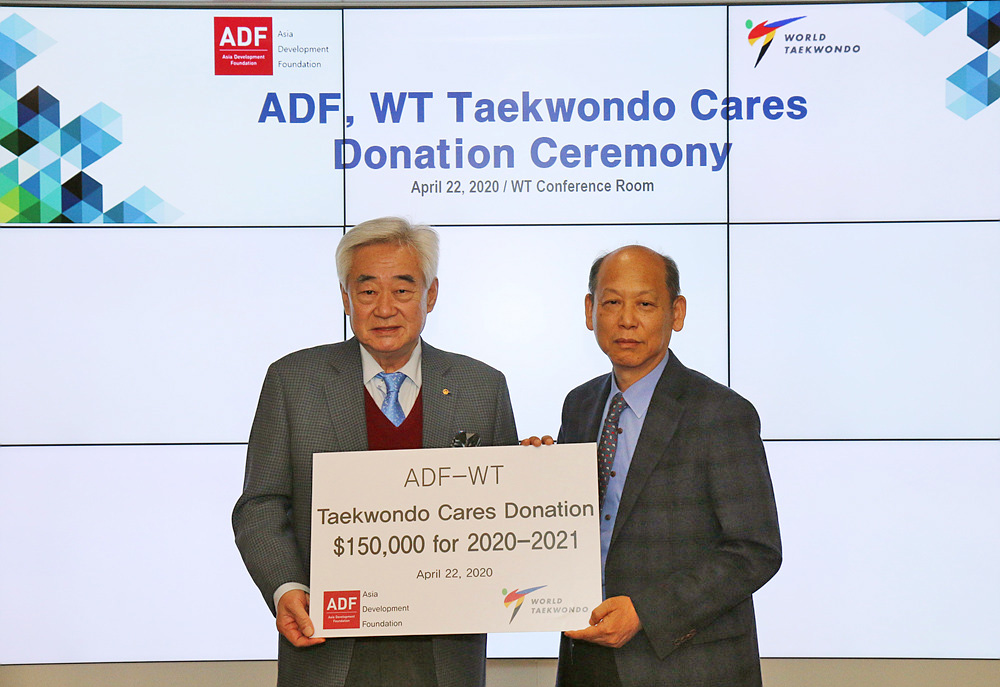 The cooperative agreement will be effective for the initial two years staring the date of signing and will be automatically renewed by one (1) year, unless either side informs the other of its intention in written to end the agreement by three months prior to the termination.

“I appreciate the ADF for supporting taekwondo and the Korean language. Encouraged by the successful implementation of the 2019 ADF-WT Cares projects, WT will do its utmost to use the 2020 ADF funds for orphans, reformatory inmates, female victims of household sexual violence and victims of natural disasters in Asian countries in the most transparent manner, thus giving them hope and dreams,” said WT President Choue in the ceremony.
ADF Chairman Kim said, “Together with the Korean people, the ADF fully supports for WT’s efforts to help taekwondo maintain its Olympic status. Just like in 2019, we hope to see successful ADF-WT Cares projects in 2020.”

The 2020 ADF funds will be used for the existing one-year projects in the three Asian countries, with the new addition of Mongolia and Indonesia. In case of Nepal, one school of the Um Hong Gil Human Foundation will be added.

On Sept. 28, 2018, WT signed a four-party memorandum of understanding on the promotion of taekwondo and the Korean language with the ADF, the International Center for Korean Culture and GCS International.