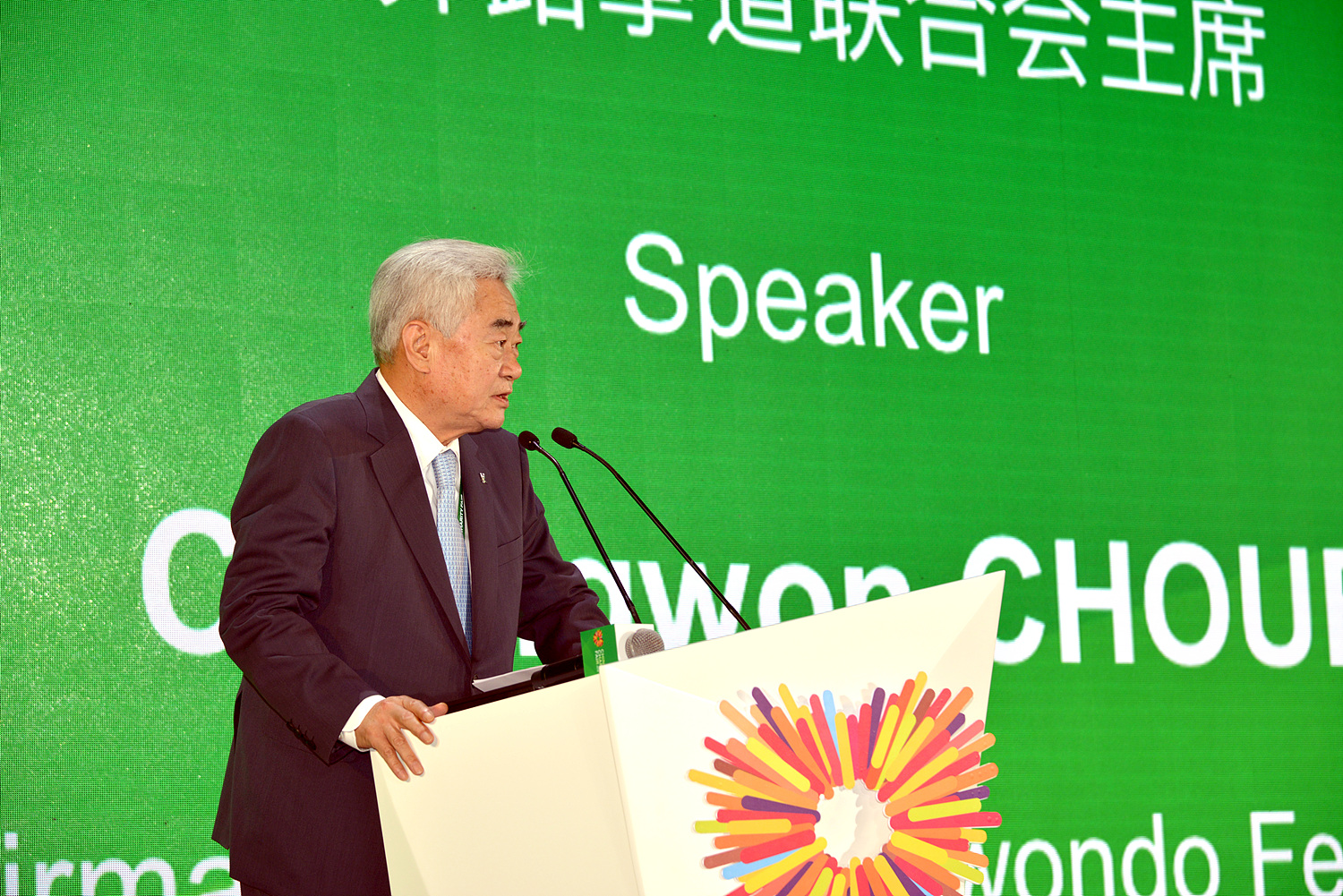 SHENZHEN, China (Sept. 23, 2016) – WTF President Chungwon Choue implored philanthropists, businesspersons and officials from China and around the world to join hands with the Taekwondo Humanitarian Foundation, or THF, at the China Charity Fair 2016, held at Shenzhen’s Convention and Exhibition Center in China.

The annual fair is the only national-level, comprehensive charity event in the world’s second-largest economy. It opened with a video message from UN Secretary General Ban Ki-moon.

Choue was the only figure from the sports world invited to the event. He delivered a presentation under the topic “Empowering the World’s Most Powerless Children.”

After telling attendees about the establishment of the THF, he detailed prior THF programs among earthquake victims in Nepal and existing programs in Syrian refugee camps in Turkey and Jordan. He also revealed that future programs are planned for Rwanda, Ethiopia and Colombia.

Given that taekwondo is one of the world’s most economical and democratic sports, it is ideally suited for refugee camps, Choue explained. “It requires no playing field and no equipment – just the human body!” he said. “It is cost-effective, easy to deploy and not difficult to learn.”

However, he acknowledged that some may view taekwondo as a way of violence, rather than of peace. “If you have seen taekwondo, you may ask yourself: “Can a combat sport contribute to humanitarianism?’” he said. “That is a reasonable question. My answer is: ‘Yes! Paradoxically – it can.’”

He detailed the exercise benefits of taekwondo, as well as its teaching of etiquette. “Taekwondo demands courage, offers discipline and delivers self-defense and self-belief,” he said. “These are critical gifts for refugees who may suffer from low self-esteem.”

Moreover, taekwondo is valuable and universal, Choue said. “Taekwondo is empowering – it is a gift that, once given, can never be taken away,” he stressed. “It can be practiced anytime, anywhere, by anyone, and knows no barriers of gender, age, color, or religion.”

He also discussed the “edu-tainment” curriculum devised by Catholic University of Leuven academic Luc Reychler for the THF. The materials teach the values of Olympism and global citizenship, and will be taught alongside taekwondo by THF coaches.

He ended by asking NGOs and philanthropists to join hands with the THF, thereby giving some hope to some of the world’s least fortunate children.

On the sidelines at the fair, WTF President Choue, in his capacity as president of the THF, signed a cooperation agreement with Dr. Dezhi Lu, chairman of the Huamin Charity Foundation. The Huamin chairman agreed to fully support the THF for its humanitarian projects at refugee camps around the world. 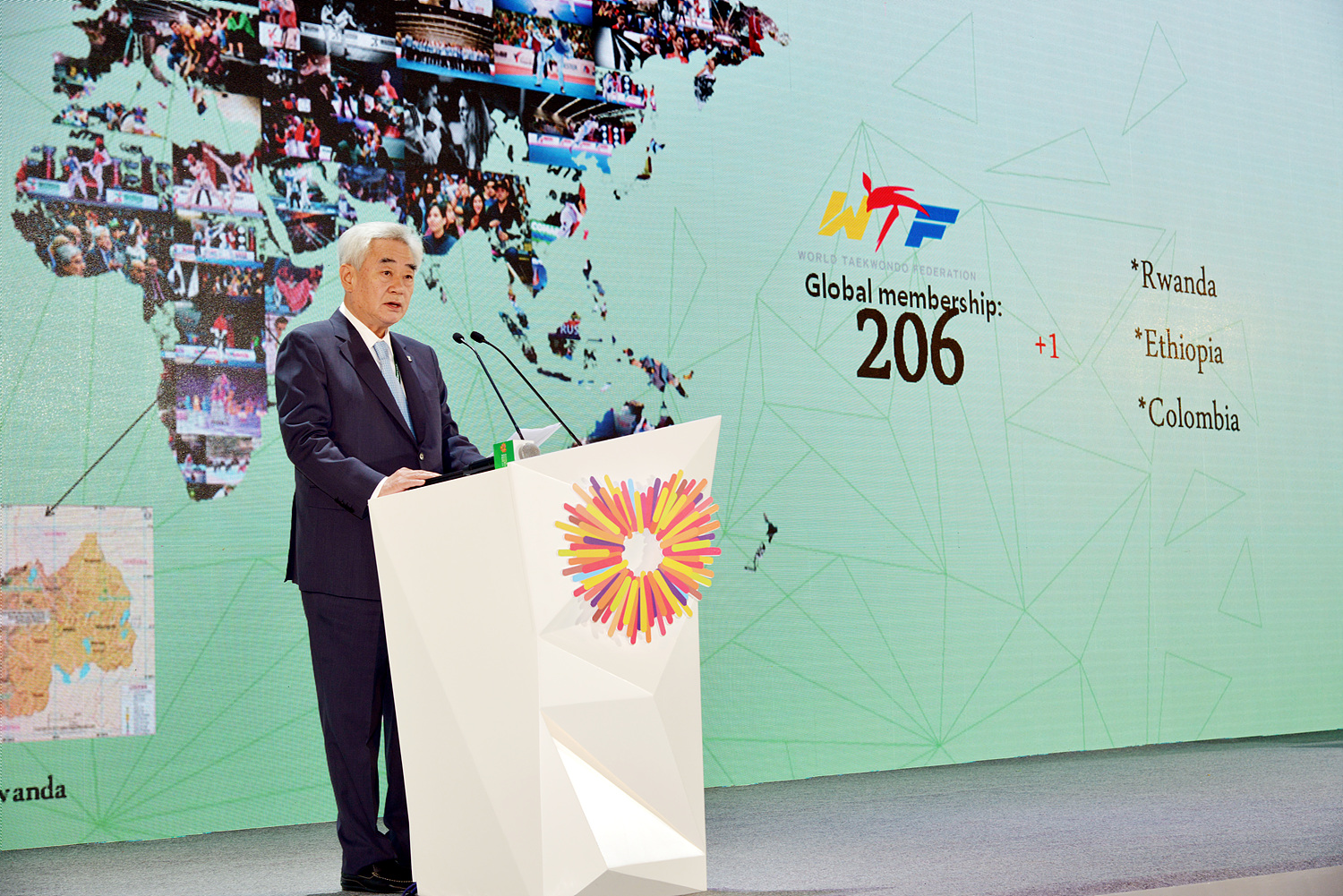