In the heart of Russia, the city of Chelyabinsk hosted the 2015 World Taekwondo Championships, setting a benchmark likely to endure for years to come 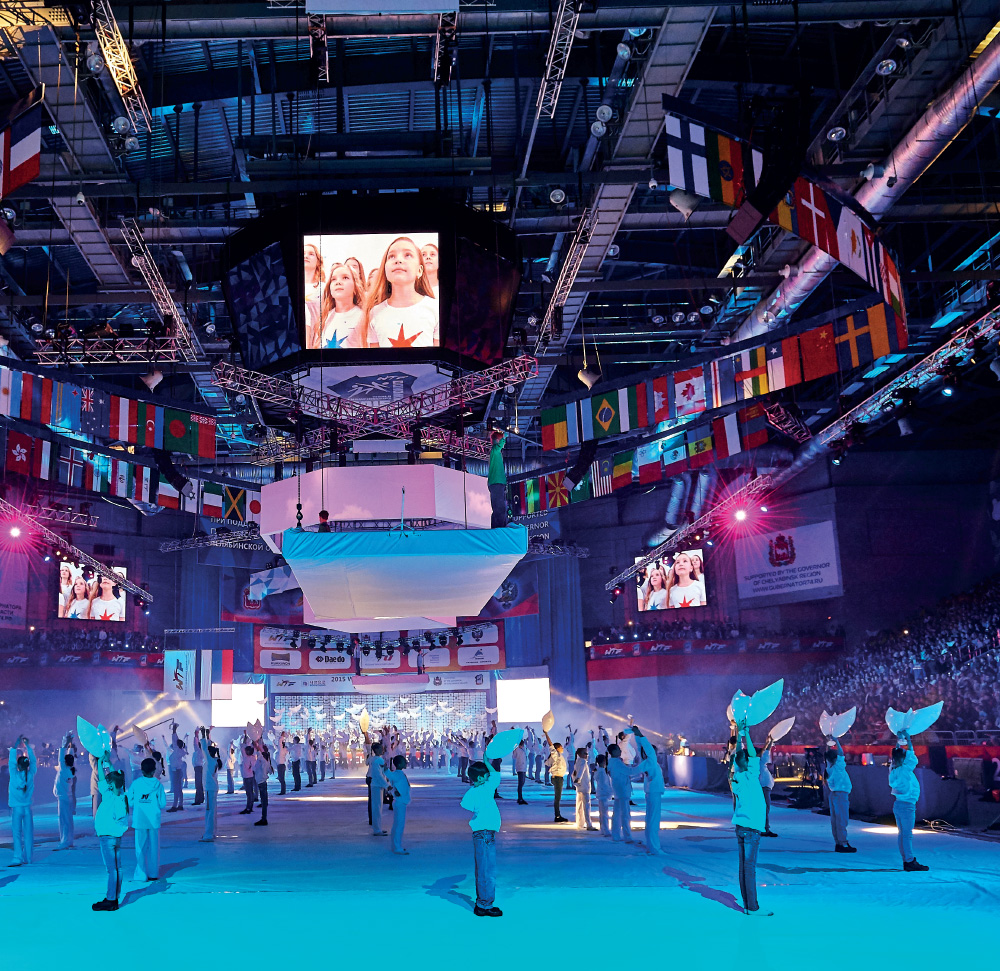 Chelyabinsk, Russia was the setting for the 2015 World Taekwondo Championships – an event that featured not only the world’s finest taekwondo athletes in action, but a spectacular opening ceremony, full-on spectator engagement and a historic, first-ever joint demonstration by the world’s two major taekwondo bodies.
In the WTF’s 22nd World Championships, eight male and eight female weight categories were contested by 872 athletes from 139 countries.
After six days of combat, from May 12-18, Iran took the overall male title, and Korea clinched the overall female crown. 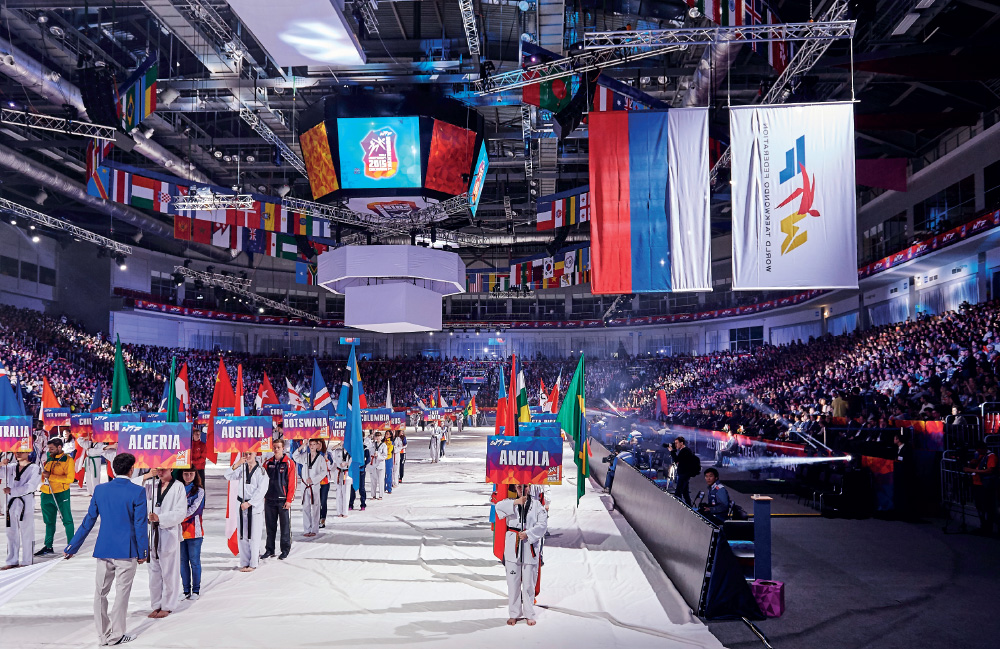 Chelyabinsk, the capital of Russia’s South Urals Province, is famed as the arsenal that forged the USSR’s key weapons in World War II – the tanks and artillery pieces that shattered Hitler’s fascist legions. As a result of this heritage, the city is nicknamed “Tankograd,” and a huge “Josef Stalin” tank charges across a plinth in a city-center park. On May 9, 2015, just three days prior to the opening of the championships, the visiting WTF delegation was granted a very special honor by the city: It was invited to view Chelyabinsk’s “Victory Day” parade as it marched through the city’s downtown, celebrating the 70th anniversary of the end of mankind’s most terrible war.

Today, Chelyabinsk remains an industrial hub, but it is also known as an arsenal for taekwondo athletes, forging some of Team Russia’s top warriors. To welcome the World Championships, the city’s downtown was bedecked with banners advertising the event, while the halls of the event venue – the city’s Traktor Arena – featured giant blow-ups of WTF photographers’ most spectacular shots.
Outside the venue’s entrance, a spectator-engagement area with souvenirs, taekwondo experience mats, a handicraft zone, folk dancers, sabre-twirling Cossacks and even a WTF camel, was humming with visitors.

Chelyabinsk’s Traktor Arena was transformed into a fantasy festival hall as the championships’ opening ceremony got underway on May 12: It featured dancers, acrobats, ninja turtles, robots and – for the first time ever – a joint demonstration by teams representing the two major bodies that administer the sport globally.

It started with live music and Central Asia-themed dance routines, followed by a fantasia of schoolchildren, dancing to pulsating turbo techno beats. The children were joined by a zany collection of knights, pirates, robots – even a duo of ninja turtles, before acrobats scaled ropes dangling from the ceiling and a pair of cloth galleons ascended into the air, while yet more dancers, trampoline performers and acrobats created further whirling, jiumping and spinning tableaus.

After a taekwondo performance by Russian children, the athletes marched into the venue under the flags of the 139 participating nations. VIPs – Governor of Chelyabinsk Boris Dubrovskiy; WTF President Chungwon Choue; Deputy Minister of Sport of the Russian Federation Pavel Novikov; and Russian Taekwondo Union President Anatoly Terekhov – were introduced and delivered brief speeches.